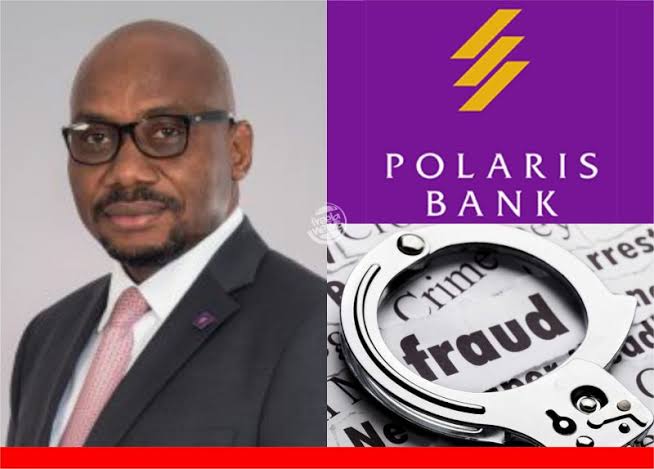 Busacca said that in what appeared to be a clear case of criminal breach of trust, the bank without his instructions and consent, removed the money as far back as 2014 and has not returned the said amount despite petitions and appeals both to the bank and anti-graft agency among others.In a renewed petition to the EFCC with reference number IJS/EFCC-N/ABJ/VL-01/05/21 and sighted by Pointblanknews.com, Busacca lamented that an earlier petition had been written to the immediate past chairman of the EFCC, Ibrahim Magu but the bank had frustrated and compromised officials handling the case.

The client, through his lawyers, Felix Onolememen, Cyril Oriabure and S. Onolememen of Ijord Solicitors prayed the EFCC under the new management, to reopen the investigation with a view to retrieving the money and return same to him.

They also requested that the EFCC prevail on the bank to pay the said amount with the accruing interest from 2014 to date because the diversion of the money had adversely affected the business concerns of Dr. Busacca.

” That in a clear case of criminal breach of trust, the bank without the instructions and consent of our clients, unlawfully and illegally removed the sum of N2,477,088,748.45(Two Billion, Four hundred & seventy seven million, eighty eight thousand, seven hundred and forty eight naira, forty five kobo) from our clients account as cash withdrawal and laundered same . A copy of the Statement of account is annexed hereto and marked as annexure A.

” That when our clients discovered the financial crimes, they rushed to the bank to ascertain while the money was removed from their account, the regional manager and the account officer were dodgy and could not offer any reasonable explanations for their actions.

” That our clients petitioned to the Economic and financial crimes commission (EFCC) under Ibrahim Magu and the case was first assigned to AFF section, and also the then Chairman\s monitoring unit, but the bank officials compromised the case and till date nothing was heard and the case suppressed and swept under the carpet.

” That the conduct of the bank in diverting funds from our clients account without authorization and consent of our clients, and the resultant suppression of the case in EFCC under Magu led EFCC is a serious economic crimes committed by the bank.

” That the Central Bank of Nigeria as far back as 2014 in response to a petition by our client directed that Polaris bank should pay interest on the money wrongfully diverted, a copy of the letter dated 9th July 2014, is hereby annexed and marked as annexure B.

“That the principal sum diverted with interest as at date amounts to a total of over N7, 189,540,654(Seven Billion, One hundred & Eighty-nine million, five hundred and forty thousand naira six hundred and fifty four kobo.

“That the bank vowed to seriously undermine our clients and they did under the Magu led EFCC.

” That as a foreigner married to a Nigerian with lovely children, our client Dr. Nicola Busacca is domiciled in Nigeria and wishes to continue to invest in this country and contribute to the growth of the country’s GDP, but conducts like the one displayed by Polaris Bank tends to deter foreigners from investing in Nigeria and this must stop.”

Why Malami Ordered EFCC To Hand Over Stella Oduah’s Casefile