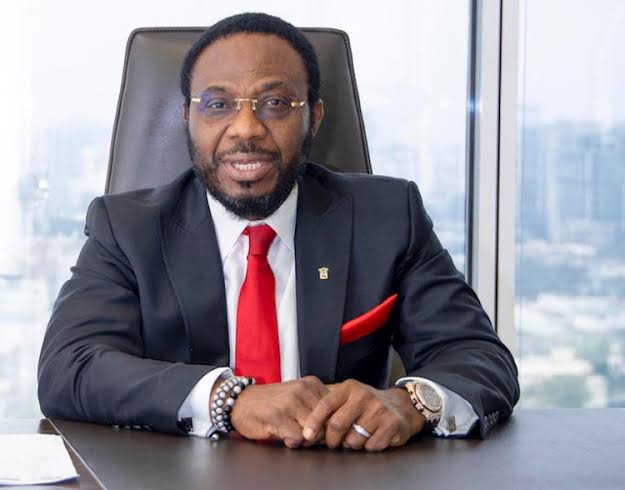 We knew it would get to this. We knew when they made surreptitious moves for us to stop the report, that the campaign to malign THE WITNESS would soon begin. But the end to this Nestoil Group saga is not yet on the horizon.

A while back, THE WITNESS, one of Nigeria’s most credible news sources, published a story on Nestoil Group and its group managing director (GMD)’s interface with the Economic and Financial Crimes Commission, EFCC. The story was direct, indicating that one of Nigeria’s new generation banks had reinstituted its battle against Ernest Azudialu-Obiejesi and his Nestoil Group, over an unpaid loan amounting to the tune of N20.3 billion.

In a petition to the EFCC, the lender had alleged that Azudialu-Obiejesi and his company had refused to service or pay the said loan which was allegedly used to finance Nestoil Towers, a 5-ﬂoor structure on Akin Adesola Street, Victoria Island.

As it is our tradition over the years that we have been in this business of reportage, before we published the story, our reporter contacted Mr. Nnaji Igwe, Nestoil’s associate director and chief of staff, for the company’s angle to the development on Thursday, 11th November 2021 at 10.14 a.m. He responded to us at 11.37 a.m. that he had forwarded the inquiries to the corporate communications department of the company and promised that they would revert but there were no responses before it was published 24 hours later on Friday, 12th November 2021. The only thing that appeared as a response was the fact that a few hours later, someone who introduced himself as their consultant contacted us through a media colleague and made moves to influence us to drop the report.

In a brazen volte-face option when the initial option failed, a writer who is probably in the company’s payroll has been going about writing expletive-laden pieces just to spit out what seem like face-saving lies to the public while at the same time calling THE WITNESS and its journalists unprintable names. But we are not swayed because we know their type, that they can whitewash even the devil to look clean for some filthy lucre.

We live in interesting times where dog-eat-dog syndromes reign supreme, but we will not be cowed by any intimidation from any quarters especially when we go the extra mile to balance our stories.

While we stand by the report, we would like to state the following facts for the record:

1. Contrary to what was stated in the Nestoil’s feeble rebuttal, THE WITNESS, did not mention in its report that Dr. Azudialu-Obiejesi and his organization were being investigated by the EFCC for financial crimes and fraudulent activities, rather, we reported the fact that the anti-graft agency had RECEIVED A PETITION FROM A NEW GENERATION BANK TO ASSIST IN RECOVERING AN UNPAID LOAN AMOUNTING TO THE TUNE OF N20.3 BILLION which was extended to Azudialu-Obiejesi and his company.

2. Also, contrary to their statement, THE WITNESS, did not report that the Ikoyi property of the businessman was sealed over the N20.3 billion loan, rather, we only made reference to a report that widely trended in the media with photo evidences of HOW THE EFCC MARKED THE IKOYI PROPERTY OF AZUDIALU-OBIEJESI AND RESTRICTED ACCESS AND EXITS FOR SEVERAL HOURS ON 16TH OF MAY 2021. The reference was without any allusion to the N20.3 billion loan saga.

It is, however, shockingly ironic that the writer who has undertaken to play to the gutters because of a paltry sum was the first to report the sealing of the said property. What has now changed?

Azudialu-Obiejesi’s ultra-modern property located on Modupe Alakija Crescent, formerly known as Ikoyi Crescent marked and sealed by the EFCC on the 16th of May, 2021. PHOTO SOURCE: TheCapital.Ng

3. THE WITNESS did not report that Azudialu-Obiejesi’s Nestoil Tower was “marked by the EFCC.

4. If the matter had been resolved as claimed by Nestoil, why didn’t the company official state so when our reporter contacted them for their angle of the report?

5. All the facts listed above as reported by THE WITNESS, were corroborated in the watery rebuttal by Nestoil Group.

6. Our original story can be confirmed via THIS LINK.

We wish to state categorically that all reporters at THE WITNESS, are well-trained to abide by the ethics of the profession and are not attracted by inducements of any sort, whether financial or otherwise.

We shall not bow to any harassment as we continue to serve our readers accurate and reliable information without bias, about happenings within the nation and abroad.

Related Topics:Nestoil Group and its failed campaign of calumny against The Witness Newspaper: Our Stand ~
Up Next

Abductors Banged In Through Roof, Kidnap Pastor And Teacher In Calabar