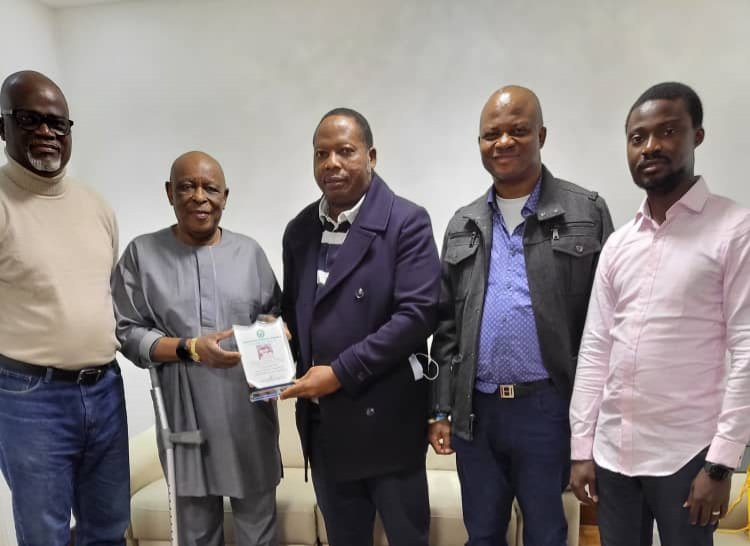 The former Governor of Ogun State, Olusegun Osoba, on Thursday received the Speaker of the state House of Assembly, Olakunle Oluomo, in the United Kingdom.

Osoba is taking time off in the UK after a knee surgery.

The Speaker while speaking during their visit thanked God that the All Progressives Congress chieftain is doing well after the surgery.

The Ogun State House of Assembly Speaker expressed optimism that the former Governor of the state, would return to Nigeria soon.

Osoba unlike the National Leader of the APC, Bola Tinubu who underwent surgery in the UK and hosted several well-wishers, Osoba has received just a few.

The former Governor of Ogun State travelled out of the country in September for the knee surgery.

In another development, human rights activist, Deji Adeyanju has advanced reasons why President Muhammadu Buhari will not support the 2023 presidential ambition of Bola Tinubu.

The National Leader of the All Progressives Congress (APC), Tinubu though yet to officially declare or deny his intention for the 2023 presidency, is widely believed in political quarters to be getting ready to replace Buhari when the President’s tenure expires.

However, according to Adeyanju, should Tinubu decide to throw his hat into the ring for 2023, he won’t get the support of Buhari.

Related Topics:Lawmakers In UK After SurgeryOlusegun Osoba Receives Ogun Speaker
Up Next