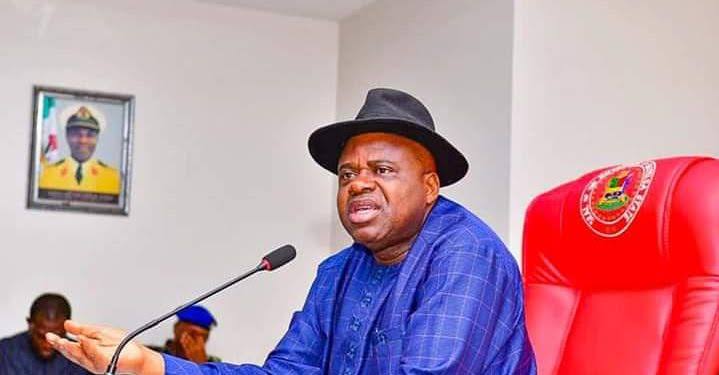 The Bayelsa State Government has broken its silence over the oil spill at the Oil Mining License (OML) 29, Santa Babara operated by the Aiteo Eastern Exploration and Production Company.

Governor of the state, Senator Douye Diri has expressed displeasure with AITEO over its failure to curtail the oil spill weeks after it started.

According to a statement by the Bayelsa State Commissioner for Information, Orientation and Strategy, Hon. Ayibaina Duba, copies of which were made available to newsmen in Yenagoa, Senator Diri expressed disappointment that AITEO has neglected to take any concrete step since the November 5, 2021 equipment failure was reported to it.

Governor Douye Diri wondered why the massive spill has continued unabated, leading to extensive pollution of the rivers, waterways and farmland in Nembe Local Government Area, even when the company management is aware of the situation.

The statement noted that Governor Douye Diri is gravely concerned that if the high volume of crude being spill continuously is not stopped immediately, it will spread to many more communities and undermine the economic life of residence who are predominantly farmers and fishermen.

The Bayelsa State spokesperson said the Governor is particularly disappointed that the management of AITEO has continued to play the Ostrich and is yet to shot-in its failed facilities.

The governor was quoted to have warned that: “AITEO should not assume that this criminal neglect of its facilities and disregard for human life and the environment, as demonstrated by its conduct, will not be accounted for.”

Governor Douye Diri has therefore asked the oil multinational to be prepared for the consequences of its failure, because the government will not stand by and watch AITEO put human and aquatic lives and the environment in jeopardy.

The Governor was said to have advised residents to be law abiding and remain peaceful, assuring them of government’s commitment to their well being at all times.