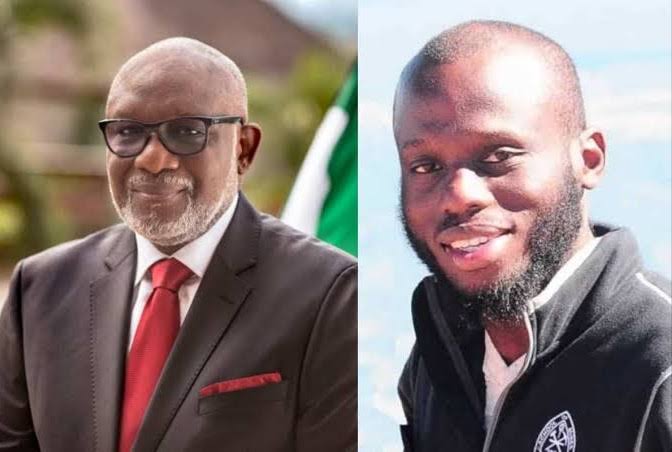 This followed claims that the governor had plans to hand over the management of Ondo Forest Reserve to a firm purportedly linked to his son, Babajide.

The Ondo State Government has raised the alarm over plans to blackmail the Governor, Rotimi Akeredolu, his immediate family and the administration.

This followed claims that the governor had plans to hand over the management of Ondo Forest Reserve to a firm purportedly linked to his son, Babajide.

The State Commissioner for Information and Orientation, Donald Ojogo said some individuals were bent on tarnishing the image of the first family in the state.

“It has come to our notice that some unscrupulous individuals have perfected plans to blackmail the Akeredolu administration, using the first family as a target of their smear campaign,” Ojogo said.

He further continued that, “The plan, which was hatched and orchestrated by these individuals, particularly, targeted the governor’s son, Babajide Akeredolu, on allegations of high-handedness and interference with serious government decisions, especially as it relates to the economic activities at the government reserves. Succinctly, the purveyors of this heinous plot have perfected plans to lie against the governor and his son of attempting to take over the management of the forest reserves so as to corner the resources for personal gains.

“For the avoidance of doubt, Governor Akeredolu handles the business of government with utmost respect and accountability. The government decision to ban all logging activities and subsequent lifting of the ban are all in the interest of the state. It is not only laughable but preposterous for any disgruntled group to suggest that Governor Akeredolu’s son is planning to man the ministry of natural resources for personal gains.”

He however urged members of the public to disregard such claims.

A group, Ondo State Concerned Timber Merchants (OSCTIM), had in a statement issued and signed on Sunday by its coordinator, Olawale Idris, accused Akeredolu of planning to hand over the forest reserve to a consulting company linked to his son.

“The state government intentionally placed a ban on all activities in the forests on August 31, 2021, to enable it to perfect all necessary documents before the new consultancy company begins operations.

“The recent pronouncement from the state government on the lifting of forestry activities pointed in the direction that the new consultant will soon resume operations.

“To ensure the smooth running of this new consultancy agency, the governor has allegedly instructed his son to nominate someone he trusted as the new commissioner that will be in charge of the Ministry of Natural Resources,” the group had said.

Why I Beat Female Lecturer To Stupor – UNILORIN Student Spills