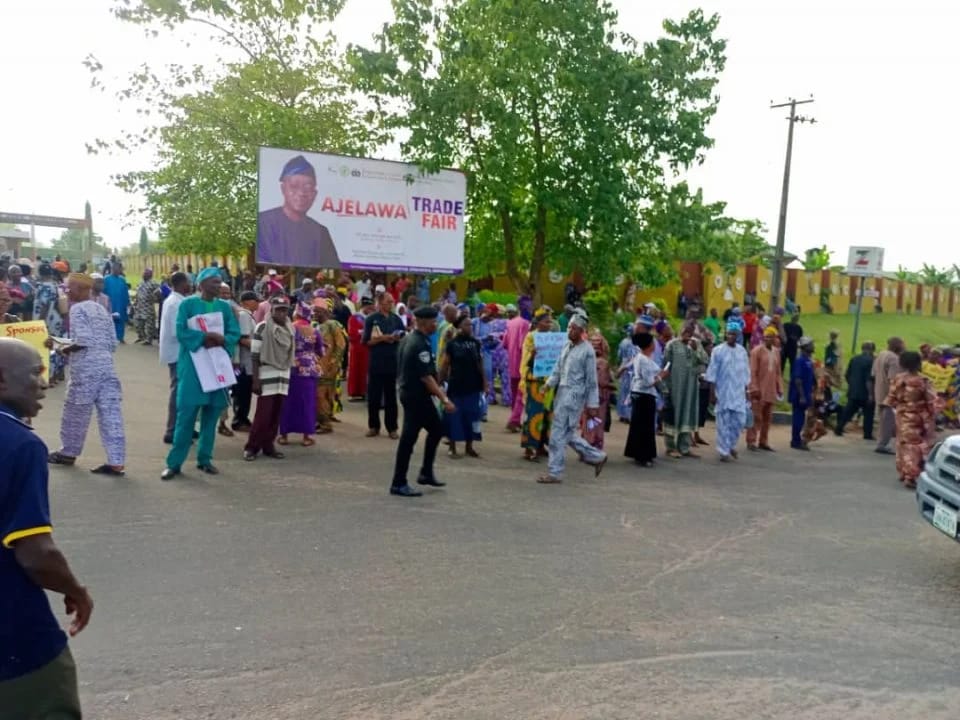 Tracknews.ng gathered that at Around 11:30am Ex-civil servants of the state took to the streets of Osogbo to display their displeasure and discomfort metted on them by Governor Oyetola for refusing to pay their Pension thereby depriving them of their rights as Ex Civil Servants of the state.

Osun State pensioners on Tuesday took to the streets to protest non-payment of entitlements.

www.tracknews.ng sighted One of the placards which addressed the state Governor, Gboyega Oyetola, read, “Gov. Oyetola, Stop this lying and fake promises. Pay us our money.” 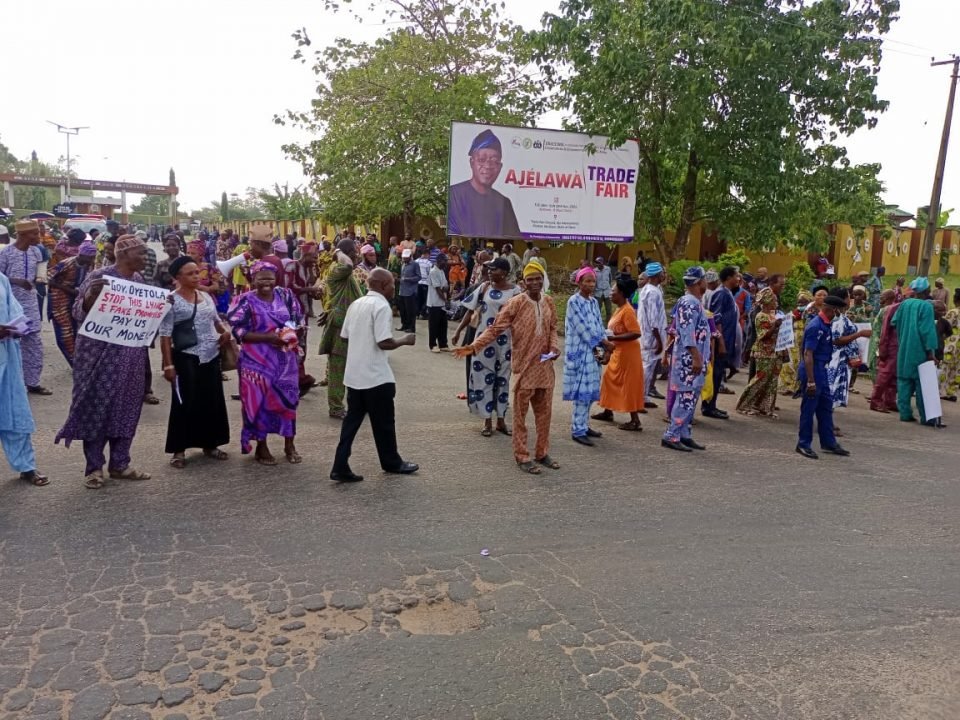