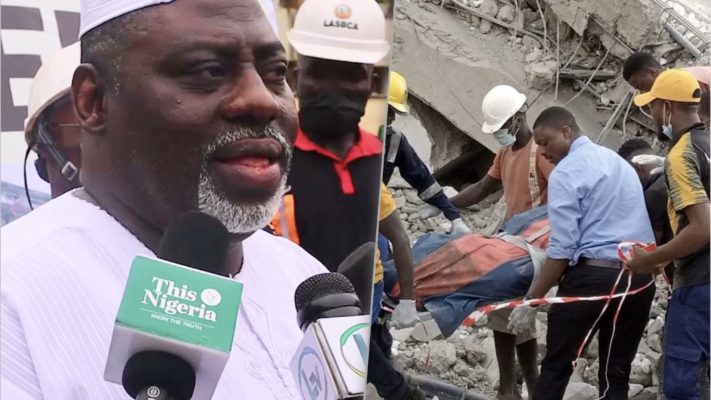 Aside from defaulting on his approval, the developer was said to have used inferior materials in the construction.

The owner of the collapsed 21-storey building under construction in Ikoyi was given approval to construct 15 floors, according to the Lagos State Building Control Agency (LASBCA).

On the progress made with the rescue operation, Mr Oki said, four people were rescued alive and three people died, adding that rescue efforts were still ongoing.

“We are still here and have four machines working as at this moment,” he added. 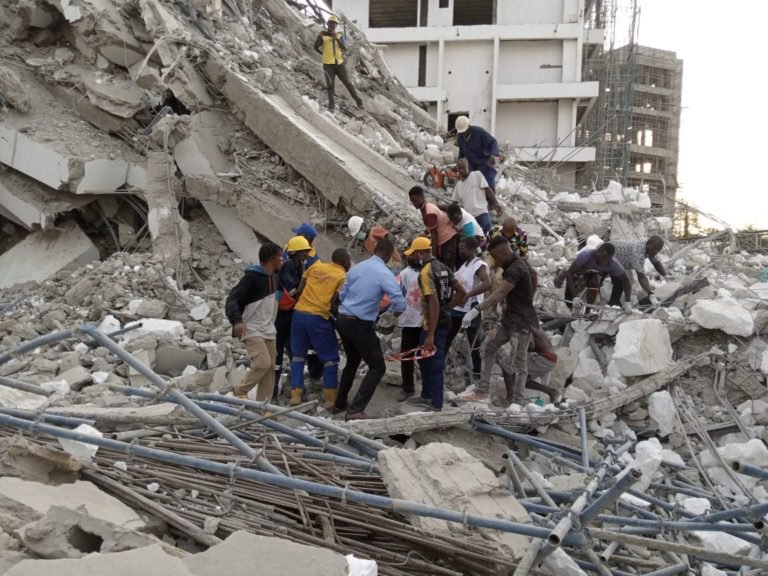 Rescue operation at the collapsed Ikoyi building
Asked about the owner of the property and what would happen to him, the LASBCA chief said, “I think he has been locked down. He has been arrested before now.”

At least 50 people were reported trapped under the rubble after the 21-storey building located at 20, Gerrard Road in Ikoyi, Lagos, collapsed on Monday.

Related Topics:not 21 floors: LASBCAOwner of collapsed Ikoyi building got approval for 15
Up Next