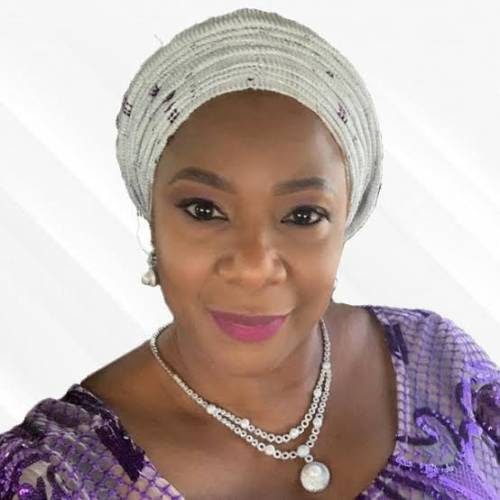 There was drama at the new building of House of Representatives’ wing of the National Assembly on Thursday in Abuja after a member of the House of Representatives representing Oluyole Local Government Federal Constituency of Oyo State, Tolulope Sadipe, ordered the arrest of Jide Babalola, the media aide to Ovie Omo-Agege, the Deputy Senate President.

Sadipe accused Babalola of bumping into her inside the elevator.

It was gathered that about seven people were already in the public elevator including the lawmaker when Babalola joined them from the 3rd floor.

Though it could not be ascertained as at time of this report why the lawmaker refused to use the elevator meant for the legislators, it was learnt that the lawmaker became aggressive after Babalola joined the elevator as she accused him of about bumping into her.

Akande was said to have shouted at him and insisted to know his name for daring to enter the same elevator with her.

When the elevator eventually reached the ground floor, the aide reportedly apologised to the lawmaker.
SaharaReporters was told that the enraged lawmaker insisted that she must teach him a lesson of his life and get him arrested despite the apology.

At this point, the lawmaker went ahead to call the attention of her colleagues who were accompanying a minister to a budget defence meeting who also pleaded on his behalf.

“All efforts to pacify and calm the frayed nerves of the lawmaker were unsuccessful as she flared up, throwing caution to the wind. She ordered the police and Sergeant-At-Arm to arrest the media aide.

“Babalola was eventually picked up and accosted by the security operatives to the Crime Unit section of the Nigerian police located at Presidential Gate inside the National Assembly where he was detained for about two hours and asked to write a statement.

“It took the intervention of some lawmakers and colleagues who thronged the police station and secured his release with the condition from the police that he must make himself available whenever he was being called upon,” a witness stated.

Meanwhile the lawmaker did not answer her phone calls or respond to the text message sent to her when SaharaReporters reached out to get her reaction on the matter.

Akande is also the Chairman, House Committee on Diaspora.

Related Topics:Power-drunk Lawmaker Orders Arrest Of Deputy Senate President’s Aide Over Use Of Elevator
Up Next