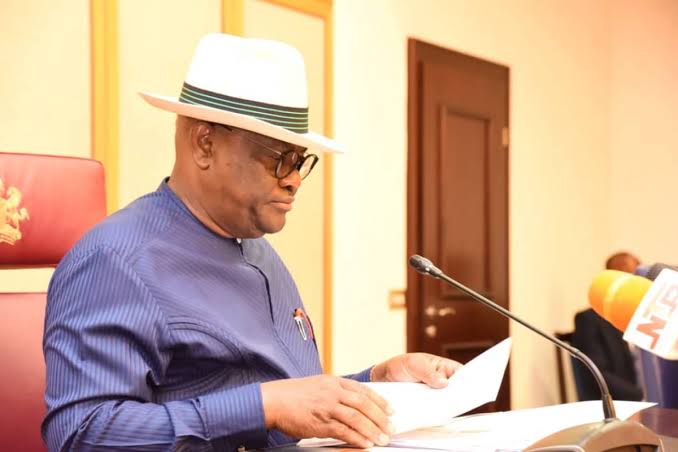 The Rivers State Government has awarded contracts for the reconstruction of Oyigbo-Okoloma and Chokocho-Igbodo roads, two major federal roads in Oyigbo and Etche local government areas.

Governor Nyesom Wike said it took a government that cared for the development and wellbeing of the people to award such significant contracts at the twilight of the administration.

The Governor said despite the fact that the 19.4kms Oyigbo-Okoloma and the 27.1km Chokocho-Igbodo roads belong to the Federal Government, the State government decided to award the contracts to alleviate the sufferings of the people of the two local government areas.

Wike said the moment the state government announced that contract would be awarded for the reconstruction of Chokocho-Igbodo, some narrow minded persons attempted to play politics with the road, by hurriedly mobilising Federal Roads Maintenance Agency (FERMA) to the site.

He explained that irrespective of attempt to politicise the project, his administration could not continue to stand by and watch the people of both Oyigbo and Etche continue to suffer due to Federal Government’s negligence .

“The Chokocho-Igbodo Road is a Federal road because it is a road from Rivers State to Imo State. But like I said, Rivers people, Etche people are suffering and therefore it behoves on us to make sure we reduced the burden of suffering on our people.

Wike reiterated that no projects awarded by his administration would be abandoned, adding that he would not owe any contractor.

He said: “These two roads are very key to us, and it must be accomplished in 12 months time. No contract will be abandoned under this government and nobody will be owed. By the grace of God we are doing the best in terms of payment to contractors.”

The Governor also enjoined the companies to apply the local content policy by employing indigenes of the areas in direct labour and award contract to them to supply materials that will be used on site while the contract last.

Related Topics:Rivers awards contracts for reconstruction of two major federal roads
Up Next