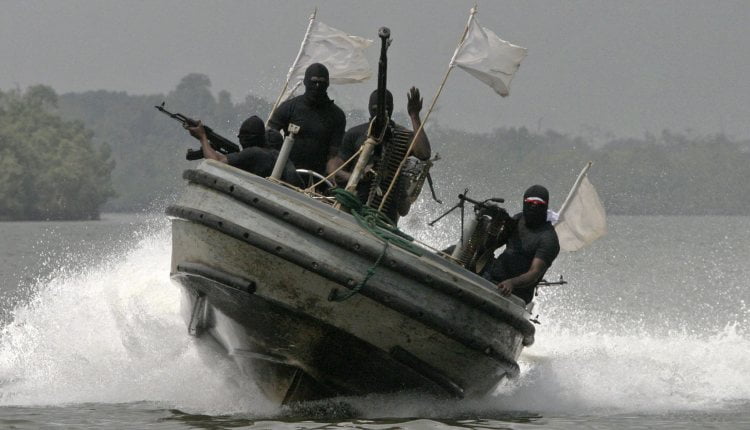 Gunmen suspected to be sea pirates have launched multiple attacks on some workers with the Nigerian Agip Oil Company (NAOC).

The pirates reportedly killed two workers of the Nigerian Agip Oil Company and an operative of the Nigeria Security and Civil Defence Corps (NSCDC).

It was gathered that the skipper of their boat, who is an indigene of Okoroma community, has been declared missing by the locals after the unfortunate ambush.

According to reports, six oil workers who were carrying out a maintenance job close to their platform at Ogbokiri-Akassa were also abducted.

The Agip oil workers and their security personnel were attacked around 6am on Sunday while working close to a Manifold in Bayelsa, according to Sahara Reporters.

The Sunday attack was confirmed by the spokesman for the NSCDC, Bayelsa command, ASC1 Ogbere Solomon.

He stated that two other operatives of the NSCDC who were missing had been found and are currently receiving treatment at the Federal Medical Centre in Yenagoa, the state capital.

“Yes, our officers were ambushed and attacked by some unknown pirates while on their lawful duty of providing protection to some Agip oil workers close to Obama manifold in Okoroma community of Nembe Local Government Area. One person was killed while the other two who were missing have been found and are responding to treatment,” he said.