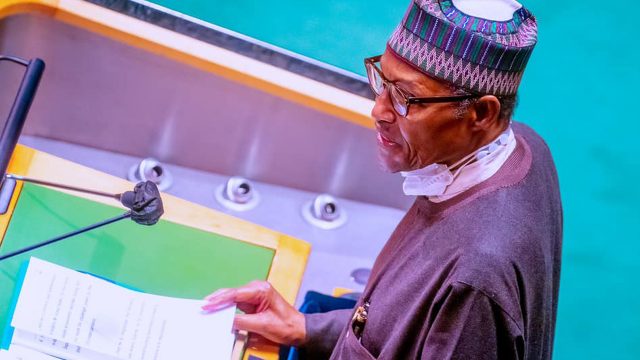 The Socio-Economic Rights and Accountability Project (SERAP) has urged a Federal High Court in Abuja to stop President Muhammadu Buhari from spending N26 billion in the 2022 budget allocation to the Presidency on local and foreign travels, meals, sitting allowances, welfare package and office building.

In the suit, numbered FHC/ABJ/CS/1361/2021 and filed at the weekend by its lawyers, Kolawole Oluwadare and Adelanke Aremo, the group is seeking an order of mandamus to direct and compel the President to slash the vote and reflect the new amount in a supplementary appropriation bill to the National Assembly.

SERAP also seeks an order of mandamus to direct and compel Buhari to publish spending details on the State House medical facility since May 29, 2015 to date, and redirect some of the money on travels and meals to improve public healthcare facilities across the federation.

It argued that the Federal Government would keep borrowing to fund Nigeria’s budget until there were substantial cuts in the cost of governance.

The organisation continued: “It is in the public interest to stop the government from spending so much money on these items. Persistent borrowing is neither sustainable nor fair to the Nigerian people.

“The Buhari administration has constitutional and fiduciary duties to ensure a responsible budget spending and the well-being and prosperity of Nigerians. Some of the proposed spending could be better allocated to improve access of poor Nigerians to basic public goods and services.”

According to the rights group, the huge spending by the Presidency is neither necessary nor in the public interest, especially in the face of the nation’s dire economic position, lean allocations to education and health, and the growing level of borrowing by the Federal Government to fund the 2022 budget.

It added: “Cutting waste and apparently unnecessary spending would go a long way in addressing the budget deficit and debt problems.” No date has been fixed for hearing of the suit.

Related Topics:mealsothers in 2022SERAP opposes Buhari’s N26b vote for travels
Up Next