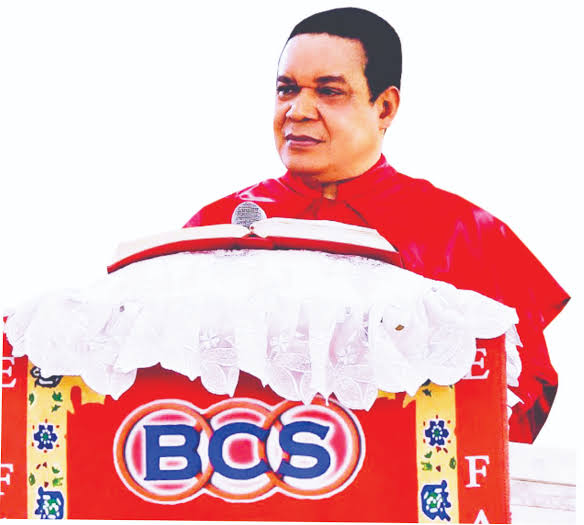 The legal battle for the control of the management and administration of the Brotherhood of the Cross and Star (BCS) World Wide, Initiated by Helen Johnson Udo aka Queen Mother (deceased) against the registered Trustee of the organization, being headed by His Holiness Olumba Olumba Obu, has finally been laid to rest.

According to a statement signed by Christ Shepherd Edet Archibong, spokesman of the Brotherhood of the Cross and Star, said the Apex Court on the 8th of this month, in a unanimous judgement delivered by Honourable Justice Olukayode Ariwoola, dismissed the substantive appeal filed by Helen Johnson Udo.

The statement noted that with this final decision taken by the Supreme Court, the action of Helen Johnson Udo has ended, advising that those who took refuge in the legal process she initiated and continued to illegally assume control of few worship centers (Bethels) and by extension, the affairs of the BCS in Nigeria and abroad, no longer have any legal basis for their action.

The statement further advised the remnants of the disloyal brethren to feel free and return to the fold or face the repercussion of their action.

It would be recalled that in 2008, the suit filled in the Federal High Court by registered Trustee of the BCS challenging the attempt by Helen Johnson Udo to manage, control and administer the BCS succeeded, and she was restrained from interfering in the affairs, assets, properties, finances and administration of the BCS.

The statement added that Helen Johnson Udo appealed against the judgement of the Federal High Court Calabar where her appeal was dismissed.

Still not satisfied with the judgement, Helen Johnson Udo appealed to the Supreme Court in 2011 for a reversal of the judgement of the Court of Appeal which came to an end at the Apex Court last week.

The statement stated that by the decision of the Supreme Court, the divine position occupied by His Holiness Olumba Olumba Obu as the executive Chairman and Head of Administration and indeed the leader of BCS World Wide has been affirmed

Related Topics:Supreme Court affirms Olumba Olumba Obu as Head of Administration in BCS
Up Next