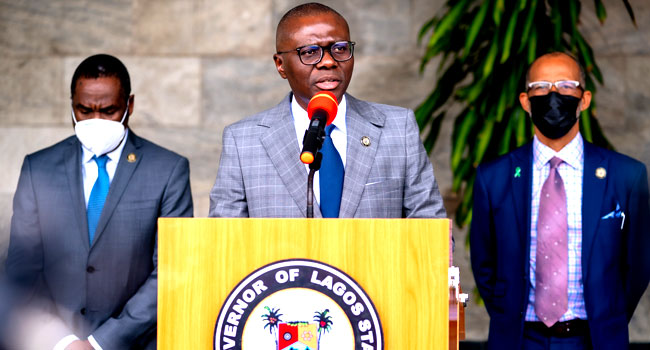 Governor Babajide Sanwo-Olu of Lagos State has lost one of his top aides to the cold hands of death.

www.tracknews.ng reports that Ayo Williams, an aide to the Lagos governor died on Sunday.

The late aide, who is also the Bashorun of Yaba was an environmentalist, philanthropist, politician and security consultant.

Governor Sanwo-Olu is yet to issue a statement on the death of the All Progressives Congress (APC) chieftain.

In other news, some yet-to-be identified gunmen have executed a daring ambush attack on operatives of the Nigeria Police in Anambra State.

The policemen who were travelling, ran into an ambush by the gunmen as confirmed in a statement on Sunday by the Anambra Command spokesperson, Ikenga Tochukwu.

He explained that the policemen fought back after running into the ambush but two of them lost their lives while one is still unaccounted for.

Tochukwu revealed that the gunmen burnt the bodies of the slain officers.

However, two civilian drivers travelling with the policemen were successfully rescued during the fight that ensued.

“In the attack, two police officers were killed and their bodies were burnt while one of the officers is still missing,” Tochukwu said.