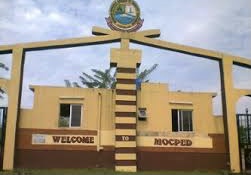 The two traditional rulers, and the lawmaker pledged to support the security agencies in fishing out the killers.

Two traditional rulers and a lawmaker in Epe Division of Lagos State have condemned recent killings of a school teacher and a student in the area.

Speaking with the News Agency of Nigeria on the killings, Oba Babatunde Ogunlaja expressed dismay over the killing of the student on campus.

Oba Ogunlaja said such occurrence was condemnable, and called on the institution’s authority to install CCTV cameras on the school premises.

The Oba said he has been working tirelessly with security agencies, vigilantes and other relevant stakeholders to fish out the perpetrators since the incident happened.

He called on the Lagos State Government to rebuild a collapsed fence in the institution which served as an escape route for the killers.

Also, Oba Olufolarin Ogunsanwo lamented the killing of the teacher and pledged the traditional institution’s support to the security agencies in fishing out the killers.

Abiodun Tobun, the lawmaker representing Epe Constituency 1 in the Lagos State House of Assembly, decried the recent killings in the area.

“I totally condemn such an act and I know the management of the institution will take adequate measures to prevent a repeat of such an incident,” he said.

He pledged to work with the traditional rulers and other relevant stakeholders in the fight against cultism, hooliganism, hoodlums and other social vices in the area.