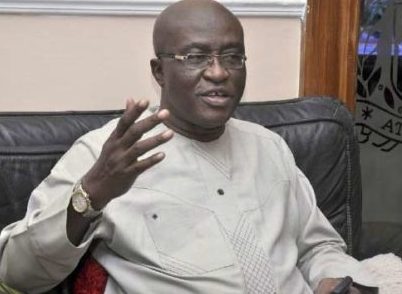 Mr. Uranta, who was a member of the defunct Federal Government Technical Committee on Niger Delta, the Nigeria Economic Summit Group (NESG), the Pan Niger Delta Forum (PANDEF) among others, passed on Wednesday after a protracted illness.

Governor Diri, in a statement issued by his Chief Press Secretary, Daniel Alabrah , on Thursday, said Uranta was a committed activist and advocate for environmental justice and good governance not only in his Niger Delta region but also in Nigeria.

The Bayelsa governor noted that he was a dogged fighter, who dedicated his entire life to a cause he believed in.

He said despite the state of his health, Uranta was consistent and unrelenting, noting that he still had the presence of mind and the courage to make his voice heard on critical issues about Nigeria and the Niger Delta.

“Uranta’s demise is saddening and painful after the effort he made to stay alive. His battle was courageous just as his determination was commendable.

“Even on his sick bed, Uranta’s unrelenting voice and contribution to national discourse was profound. He lived and died for a cause he believed in. Nigeria, Niger Delta and the Ijaw nation have lost a committed activist and advocate for good governance.”

Diri prayed God to strengthen his family and community with the fortitude to accept His will, which he said no human can question.

SENSITIZATION ON EFFECTIVE USE OF THE ROAD ORGANIZED BY FRSC & RTEAN BAYELSA STATE COUNCIL.