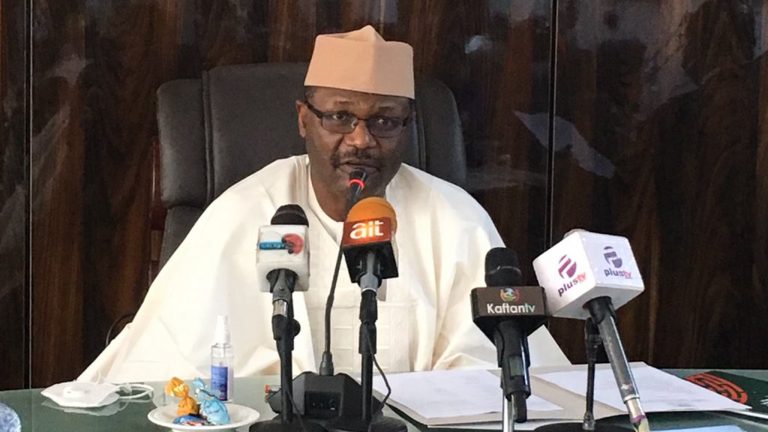 The Independent National Electoral Commission (INEC) has declared that it intends to spend more than N100bn on the conduct of the 2023 general elections in Nigeria.

The Chairman of the commission, Professor Mahmood Yakubu made the submission in Abuja on Friday when he appeared before the National Assembly Joint Committee on INEC and Electoral Matters to defend INEC’s 2022 budget figures.

He explained that INEC has already made its mind known to the Federal Ministry of Finance on the matter, stating that they are ready to defend the figures.

Yakubu added that the scheduled governorship elections in Ekiti and Osun States would gulp N7billion as well breaking it down as N2.6bn for Ekiti and N4.4bn for Osun.

“We would need more money because we’ve expanded our polling units and we are introducing new technology for elections among many other new innovations.

“The number of registered voters will increase beyond the 84 million for the 2019 general elections.

“We will start early preparations now that we have the money early enough and we will just procure sensitive materials for the election.

“We hired 34,000 vehicles for the 2019 elections so we have plans to also outsource the material distribution in 2023 because we can not afford the cost of buying such huge number of vehicles and engage the drivers that would drive them.”

The INEC boss added that “We also budgeted N7bn for the conduct of Ekiti and Osun governorship election including the possibility of runoffs.

“We made a provision of N2.6bn for Ekiti State with a population of over one million registered voters and N4.4bn for Osun with 30 local government areas.

Related Topics:We Need More Than N100bn For 2023 Elections – INEC
Up Next