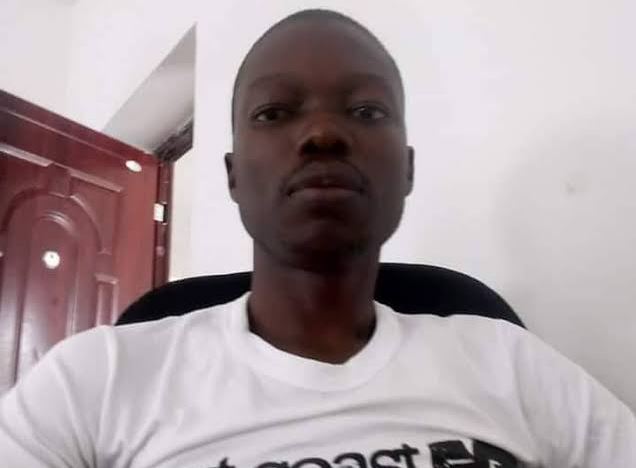 While the police continue their investigation into the death of Timothy Adegoke, the MBA student of the Obafemi Awolowo University (OAU), Ile Ife, who was found dead eight days after he was declared missing, FIJ has obtained a picture of the deceased’s body after it was exhumed.

In the picture, Adegoke, who wears what looks like a pair of blue underpants, has blood stains on different parts of his body.

A part of his neck and face seems to have suffered more degradation than other parts of the body, save the left arm.

The shirt on him looks soaked, while his shoulders and head are half covered with what looks like a grey bedsheet.

Critically, his left arm seems to have been ridden of every form of flesh, probably severed, as only a piece of bone is visible. This contradicts claims by Yemisi Opalola, the spokesperson of Osun State Police Command, on a radio programme on November 18 that Adegoke’s body was found intact.

“What we know, as Timothy’s loved ones, is that his body had been tampered with when it was brought out. We, however, would not want to go into details until the autopsy report comes out,” a relative of the deceased, who asked not to be named, told FIJ.

Presently, Rahmon Adedoyin, the owner of Hilton Hotel and Resort, where Adegoke was lodged and possibly killed, is now in police custody.

Six of Hilton employees are also in police custody in connection with the death of the Abuja-based chartered accountant.

Related Topics:What Timothy Adegoke’s Corpse Looked Like When Found
Up Next

AKEREDOLU’S MISRULE IN ONDO STATE (3): THE ROT IN THE MINISTRY OF JUSTICE