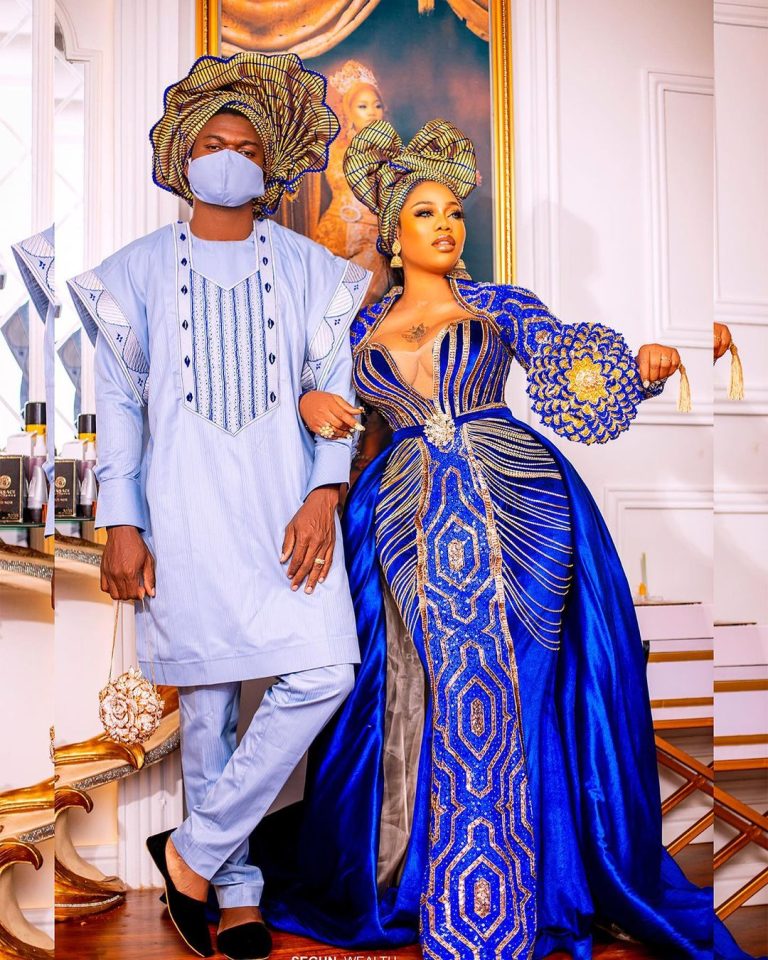 Prior to the event, Tiwa Savage gifted the actress N500,000 to show her support for the occasion. Iyabo also revealed that some of her friends had also sent her two cows.

Some stars who graced the occasion with their presence to commemorate with the actress include Toyin Lawani, Toyin Abraham, Odunlade Adekola, Mercy Aigbe, Kate Henshaw, and Bukola Adeeyo.

Toyin Lawani attended the occasion with her newlywed husband who dressed quite uniquely for the occasion. The photographer wore a headgear traditionally known as gele and majorly worn by women.

However, some Nigerians have condemned his fashion sense stating that it translates to him not being the man of his home.

Below are some comments culled by www.tracknews.ng

girliekenny: “When the woman is the husband !”

kuntaakinte_: “When your wife pays the Bills, anything she say make you wear, you have to obey. From deeunknown to deebobrisky”

amy_wealth : “Nothing person no go see for lagos”

perp_ti : “Why the mask again”

toyobaby12: “Why he no Kuku wear the gown make them exchange gender join”

Related Topics:When The Woman Is The Husband – Reactions As Toyin Lawani’s Husband Ties Gele To An Occasion
Up Next

Lady Blocks Boyfriend, Disappears After He Accidentally Sent N2million Instead Of N200k To Her