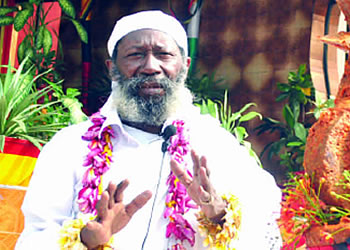 Maharaji Ji said unlike Igboho, the IPOB leader was directing people to fight.

He accused the IPOB leader of using his platform, Radio Biafra, to cajole his followers into fighting.

“Everybody has right to present themselves, you can’t compare Ighoho with Nnamdi Kanu who has a radio station telling the people to fight and fight, even though we can’t be sure it is the Kanu’s boys who go about burning down police stations everywhere for any reason or so ever.

“Sunday Igboho stopped the Killings going on in Ibarapa; that was how he won my love. I supported him in that area, he stopped those doing evil,” he told www.tracknews.ng

Kanu was recently rearrested by the Nigerian government and repatriated to Nigeria.

The IPOB leader is believed to have been apprehended in Kenya, though the Nigerian government is silent on where he was nabbed.

However, the Department of State Services, DSS, had recently invaded Igboho’s residence but he escaped arrest.

Both secessionists are currently leading the vanguard for the Oduduwa Republic and Biafra.