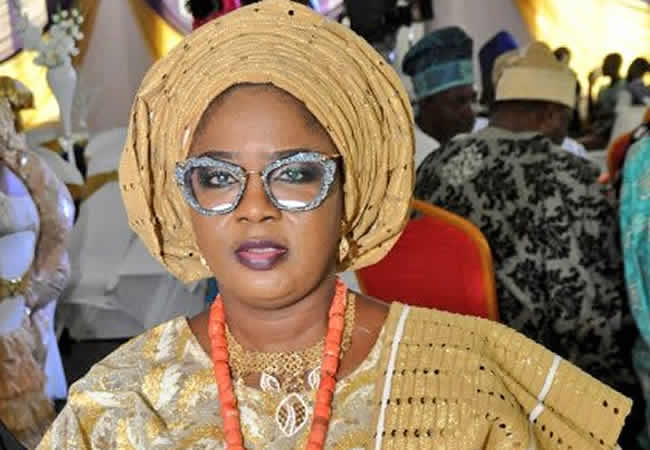 I never requested for 5 million Naira

Chief Mrs Folashade Tinubu Ojo, the Iyaloja General of Nigeria has explained the circumstances that led to the closure of the popular Oyingbo market in Lagos, last Friday.

She stated that, Honorable Omolola Essien, the Chairman of the Lagos Mainland Local Government, which oversees the Oyingbo Market, ordered the immediate closure of the market over the very poor hygiene conditions in the market.

Tinubu-Ojo stated this while addressing members of the press at Alausa, Ikeja on Wednesday.

“The Chairman of the Local Government called me and said that she had ordered the immediate closure of the market. She said the market was too dirty and not appropriate as a sales for food items to be consumed by human beings”.

“I also visited the market myself and ordered the traders to immediately commence a sanitation exercise and that the market will not be reopened until the market is properly cleaned.

“In order not to make the traders suffer much losses, I asked that traders selling perishable items to continue selling till the end of the day but that no trader at all will be allowed to sell from the next day”.

The Iyaloja of Agric Coker Odunade section of the Oyingbo Market; Mrs Abimbola, also said that they had raised a team to conduct a spot-check on the Oyingbo market if it was clean enough to be opened, but on getting there, we found that the market was worse than how it was the last time they checked.

Speaking further, Chief Mrs. Tinubu Ojo said that Ministry of Environment officials and also her own took pictures as evidence of how dirty the market was.

She also addressed the issue of allegations against her that she had ordered Oyingbo Market traders to pay a levy of N5million (Five Million Naira).

“BBC Yoruba reported that I ordered the closure of the market because they did not pay the N5 million levy. This is common blackmail that some of the traders resort to so that they can cover their misdemeanour. A section of them were even trying to intimidate us while we were at the market but we stood our ground.”

She used the opportunity to advice all Lagos market traders to make sure that they sanitize their market and also make it clean.