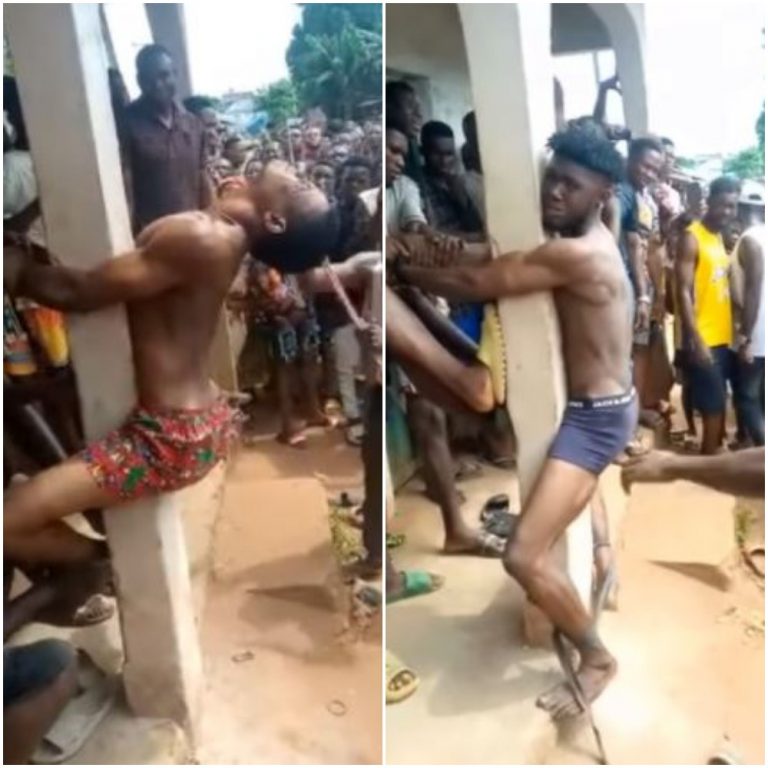 A viral video of a group of young men being beaten to stupor for taking hard drugs in Ekwe Isu, LGA of Imo state has surfaced on social media.

In the video making rounds, some group of boys were tied to a pillar and beaten by the community youths after they were reportedly caught taking a hard drug known as Methamphetamine Hydrochloride.

Sharing the video, a Facebook user simply named Uche disclosed that Mkpuru mmiri as it is called in the southeast is an addictive drug that has driven many young men to their early graves.

He added that if every village youth union becomes like that of the Ekwe Isu community, then the abuse of hard drugs like Methamphetamine Hydrochloride would drastically be reduced and curbed.

He wrote; “Methamphetamine Hydrochloride, popularly known as ‘Mkpuru Mmiri’ in Igbo land or crystal meth/ Ice in some parts of Lagos state, comes in clear crystal chunks or shiny blue-white rocks. This new dangerous drug as reported by NDLEA is already sending Nigerian youths to their graves.

“IF EVERY VILLAGE YOUTH ORGANIZATION WILL BE LIKE THIS… MKPURU MMIRI (ICE) WILL NOT HAVE A PLACE HERE AGAIN. 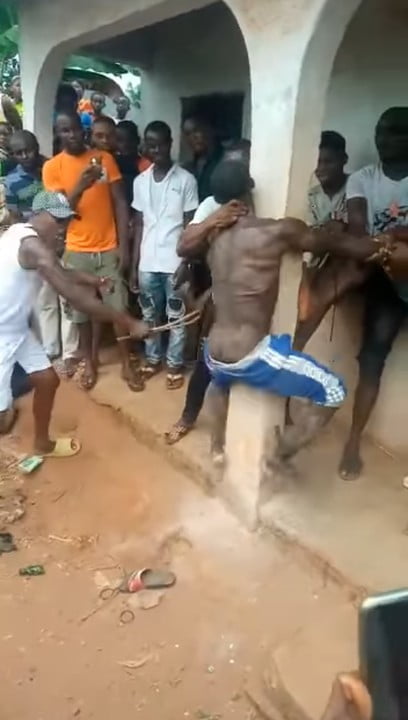 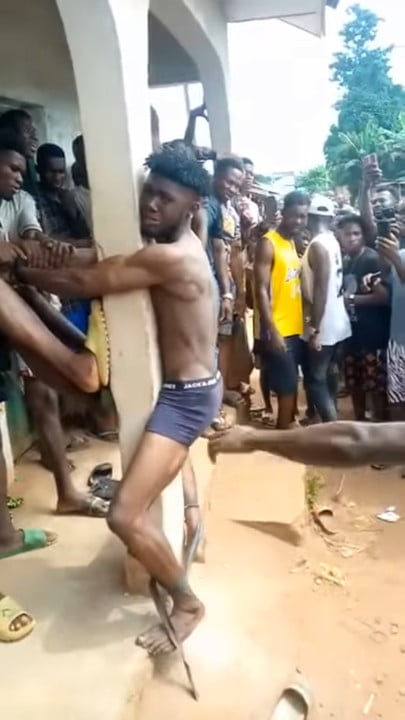 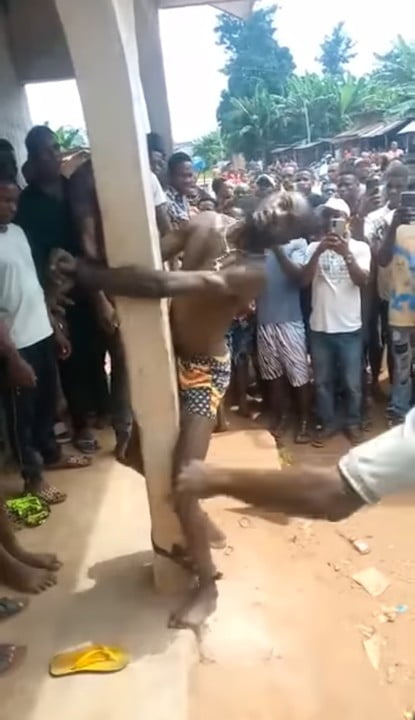