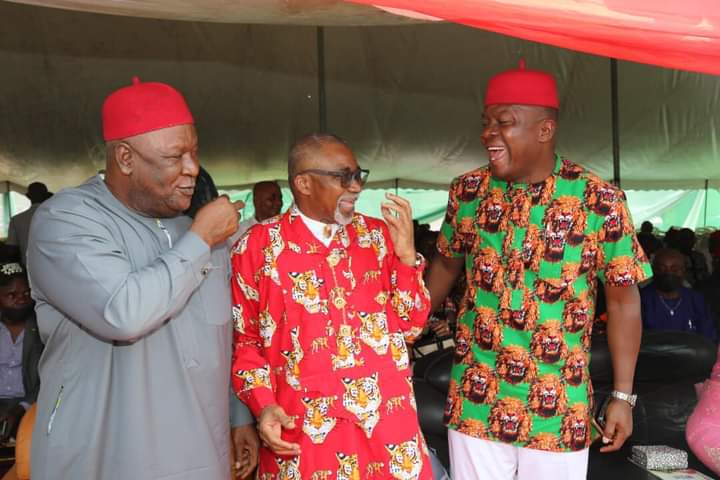 The South-East Democratic Civil Society Coalition (SEDSOC) has rejected the endorsement of former Secretary to the Government of the Federation, Anyim Pius Anyim, for president by some South East politicians.

Reacting in a statement signed by its National Convener, Chief Willy Ezugwu, the group described the endorsement of Anyim as “hasty and self-serving”.

In the statement sent to www.tracknews.ng, the Coalition demanded the immediate withdrawal of the endorsement by Senator Abaribe, whom they described as “one of our own”.

According to the statement, “the South East of Nigeria has eminently qualified persons who are capable of transforming Nigeria if given the chance by the electorate to serve as President of Nigeria in 2023.

“What is shocking is how Senator Enyinnaya Abaribe, who is our own, joined the bandwagon of certain selfish South East politicians to engage in the controversial outing.”

Demanding that Senator Abaribe immediately withdraws the endorsement, the coalition insisted that “whatever transpired between Anyim Pius Anyim and the named politicians is a nullity and does reflect the mood of South East people.

“Leaders in the South East are in the process of consultations across political parties to shop for our best who cannot only represent the interest of Ndigbo but has the capacity and broad-mind to carry along all Nigerians, irrespective of religion, tribe or political lineage.”

“Ndigbo are not ready to mess up this grand opportunity to present to Nigerians the best of the best as many sons and daughters of the South East are being consulted before zeroing on one or two candidates among the many aspirants from the zone.

“The South East Democratic Civil Society Coalition (SEDSOC) is vehemently opposed to the hasty endorsement of Anyim Pius Anyim for president of Nigeria in 2023”, the Coalition stated.

2023: Masari Declares Support For Power Rotation, Says People Are Not Made For The Constitution