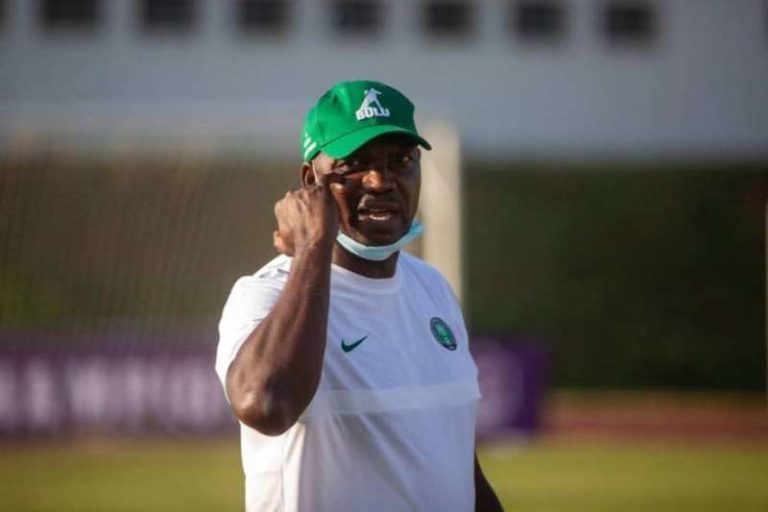 Augustine Eguavoen who was recently appointed as interim coach of the Super Eagles has expressed shock at the sacking of his predecessor, Gernot Rohr.

Kadiri Ikhana, the former Super Eagles star, has said that he believed in the abilities of Austin Eguavoen, the recently appointed interim coach of the national team, to do well and possibly go all the way during the Africa Cup of Nations in Cameroon next year.

The 1980 Africa Cup of Nations winner said as a coach himself, he had the full belief that the former Belgium-based defender would do well with support from the Nigeria Football Federation and other relevant stakeholders, saying that having been on that position before, Eguavoen has what it takes to perform better at the AFCON in Cameroon.

“I am sure he will do well in Cameroon because he has been there before and he knows the terrain very well,” Ikhana, the former African Coach of the Year, spoke to our correspondent.

“He has also played in the team so you can see he has all that it takes to play well in Cameroon.

“Also, as a coach myself, I have no doubt in the abilities of Eguaveon to do well but all I am asking is total support for him and his members for them to achieve success with the team in Cameroon next year,” the CAF Champions League winner with Enyimba of Aba posited.

Recall that Eguavoen was recently appointed to replace Coach Gernot Rohr who was shoved aside by the Nigeria Football Federation despite qualifying Nigeria for the 2022 AFCON in Cameroon and also leading the country to the 2022 World Cup qualifying playoff.

Eguavoen, who has been in the position before, leading the Super Eagles to third-place finish in AFCON in the process, is expected to galvanize efforts towards presenting a formidable team that would contest for Africa’s flagship competition in Cameroon next year.

Related Topics:AFCON: I believe in Austine Eguavoen – Kadiri Ikhana
Up Next