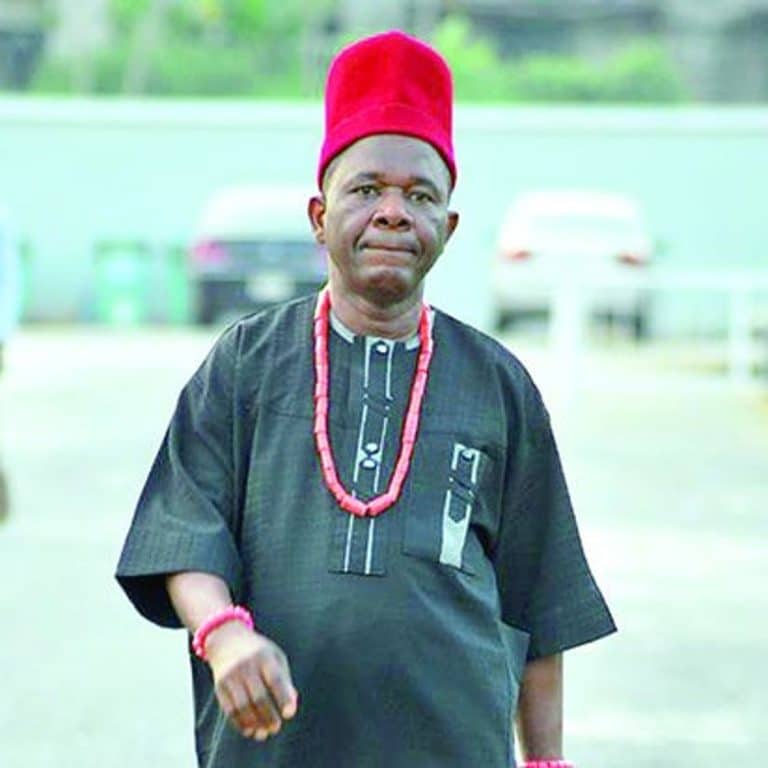 Nollywood veteran actor, Chiwetalu Agu who was arrested by the Department of State Service, DSS, for donning a Biafran outfit has unveiled his new rising sun outfit.

www.tracknews.ng recalls that the 65-year-old actor was arrested in Upper Iweka Bridge by soldiers in October while carrying out a charity activity, for wearing a Biafra-themed outfit, in Onitsha, Anambra State.

He was, however, released but rearrested by the Department of State Services.

The actor who promised to make a new outfit of the rising sun was seen with a new attire with the inscription ‘Rising sun’. 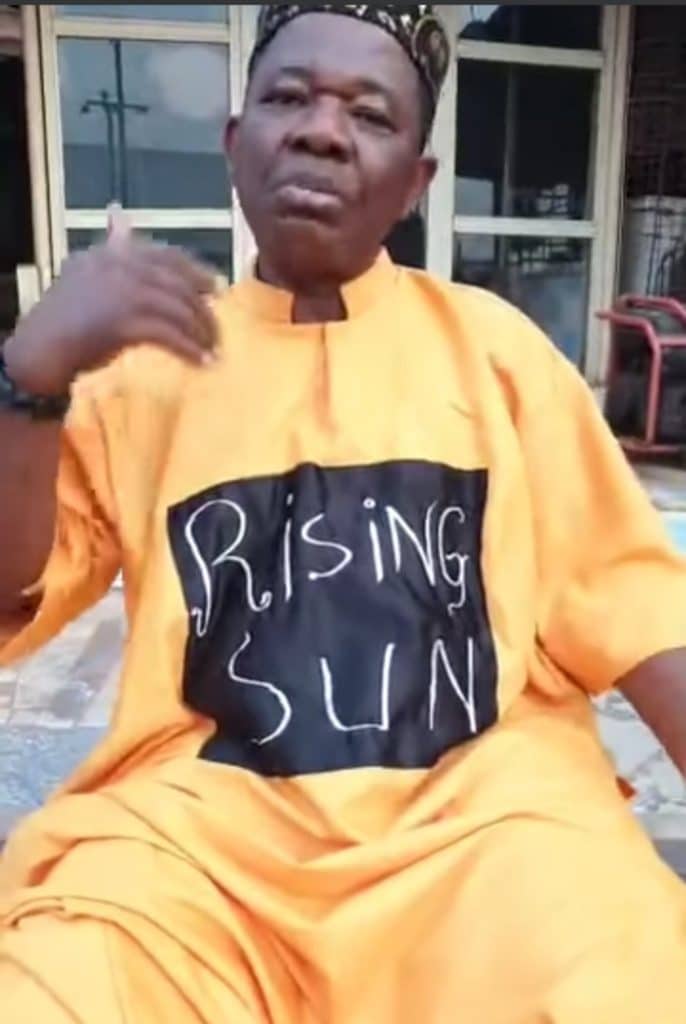 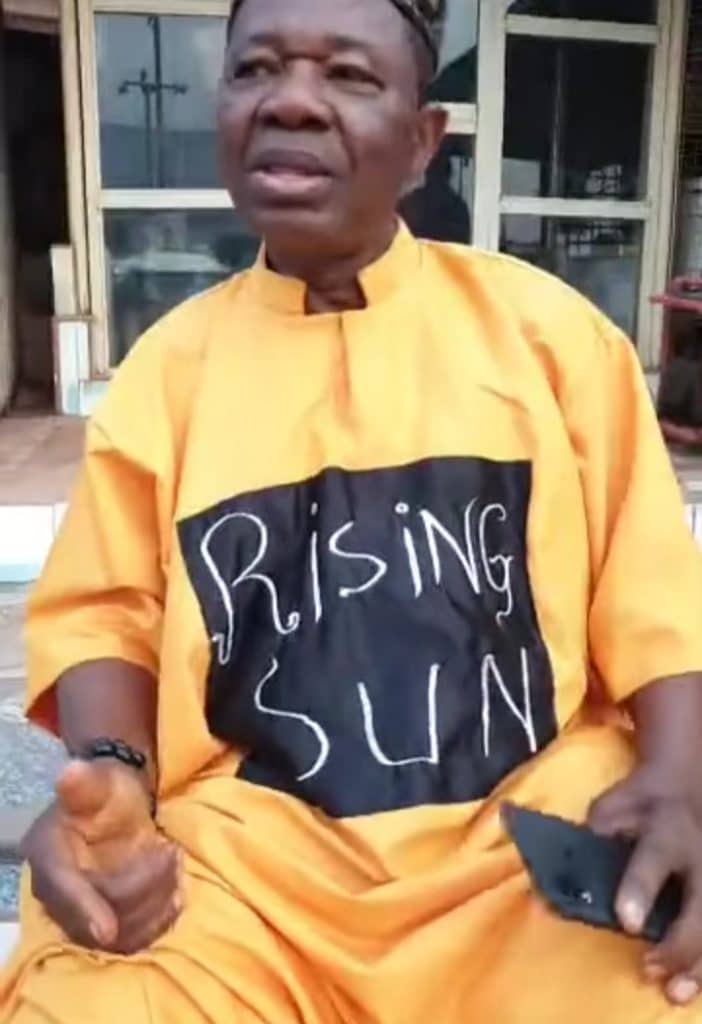 It would be recalled that the comic actor revealed that the soldiers and DSS operatives treated him with respect while in detention.

“That drama that took place was important so that they will know that Igbo are here. That moment of Upper Iweka till the time we got to the army barracks close to Zik Mausoleum, to 82 Division of the Nigerian Army and to DSS office in Abuja, nobody touched me. They treated me with respect.

“Every officer wanted to be involved in the case so that they can have the opportunity to interact with Chinwetalu Agu.”

DSS released him following the intervention of the Actors Guild of Nigeria, AGN.