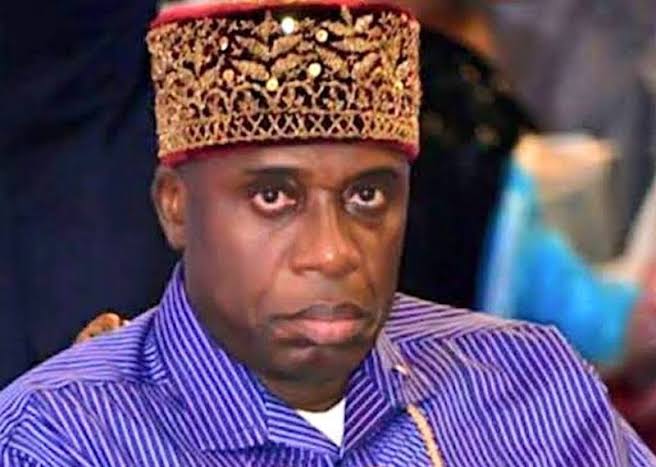 The Minister of Transportation, Rotimi Amaechi , will face legal action at the Federal High Court sitting in Abuja for allegedly bypassing due process in the selection of companies to implement the International Cargo Tracking Note (ICTN) in Nigeria.

The Citizens Advocacy for Social & Economic Rights, (CASER) has now asked the court to nullify the entire contract process that awarded ICTN to companies selected by Amaechi.

The ICTN is a multi-million contract that tracks imports and exports within the country.

The Bureau of Public Procurement(BPP), Office of the Attorney General of the Federation, and the two companies are joined as defendants in the suit.

In the affidavit supporting the suit signed by Frank Tietie Esq, there are documents, including memos from the Office of the National Security Adviser, to show that Amaechi ignored due process in the selection of the contract awardees.

Tietie stated that the BPP had directed the Transport ministry to adopt International Competitive Bidding (ICB) for engagement of a new firm to implement the ICTN in compliance with global best practice.

However, he said the minister appeared to have deliberately failed to do so within the 4-months timeline given to the ministry by the Presidency and instead resorted to arbitrary selection of the two companies.

“I know as a fact that the 1st Defendant together with the Nigerian Shippers Council deliberately squandered the 4-month period initially approved by the President in order to perfect its illegal scheme.

“On 19th August 2021, the 1st Defendant again sought and obtained from the President Anticipatory Approval for direct procurement,” Tietie stated.

In the reliefs sought, CASER’s lawyer, A.U. Mustapha SAN is asking the court to declare the moves allegedly made by the Minister of Transport as being a contravention of Sections 40(1), 24 and 25 of Procurement Act, 2007.

Part of the reliefs read:

“A declaration that having regards to the objects of the 4th and 5th defendants as contained in their memorandum of association, the 4th & 5th defendants cannot execute a contract for the provision, installation and operation of the International Cargo Tracking Note in Nigeria.

“An order nullifying the entire process of appointing the 4th and 5th defendant as operator of the International Cargo Tracking Note in the country.

“An order setting aside the due process ‘no objection’ issued by the 2nd defendant to the 1st defendant, for the restricted selection of the 4th and 5th defendants.

“An order of this honourable court stopping the proposed and imminent appointment of the 4th and 5th defendants as the operators of the international cargo tracking note (ictn) in Nigeria in view of the clear breach of the provision of public procurement act, 2007.

“An order of mandamus directing the 1st and 2nd defendants to conduct an International Competitive Bidding to ensure the proper selection of the service provider for the international cargo tracking note (ictn) in Nigeria.”