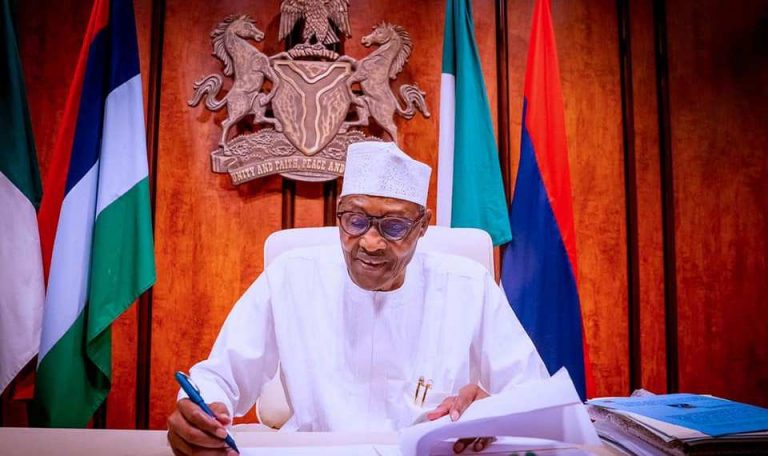 President Muhammadu Buhari has given approval for the payment of the salary and other entitlements of health workers in the country which were withheld during their strike action.

This was disclosed on Thursday by the Minister of Labour and Employment, Chris Ngige while addressing state house correspondents after a meeting with the President at the Aso Rock Villa.

Ngige added that he is already in possession of the letter from the President directing the Ministry of Finance to clear the wages and other entitlements accrued due to the strike between 2018 and 2021 by the health workers.

He said the approval was given on compassionate grounds as President Buhari recognizes and appreciates the commitment of the workers particularly in tackling the COVID-19 pandemic.

“Mr. President has approved last week and I have the authority and letter directing the minister of finance to release the funds of the resident doctors for September and October 2021, which was seized in conformity with the law,” he said.

“In the same vein, the approval also covers members of the JOHESU who went on strike in 2018 for three months. After the first month, after March when they couldn’t come back, we asked that their pay be suspended. This is in tandem with the ILO principles at work. You have a right to strike, but the employer has a right to stop your remuneration and if possible, use it to keep his enterprise going by taking new hands, where possible, especially in essential services.

“So, that same money for 2018 April and May, Mr. President has again approved that the finance minister refunds or re-imburse, on compassionate grounds, those payments.

“This is predicated on the grounds that this group of workers has been showing a lot of dedication and concern to the COVID pandemic and that their hazard allowance for 2021 had remained what it was before.”

Why I Will Never Support Yoruba Nation – Obasanjo