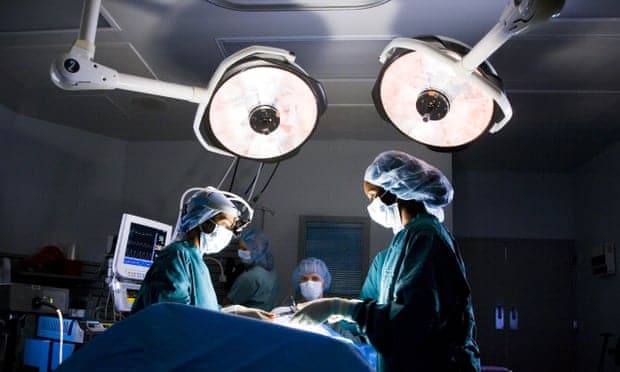 Trouble has come upon an Austrian surgeon after she amputated the wrong leg of an elderly patient.

www.tracknews.ng understands that the said surgeon had in May this year in the Central town of Freidstadt, mistakenly marked a different leg of her patient for operation.

She is said to have noticed the mistake two days after she had already amputated the patient’s leg.

According to the Guardian, the 43-year-old surgeon described her actions as ‘human error’.

The surgeon, whose name was not made public was, however, declared guilty by a court in the city. The judge accused her of gross negligence and fined her €2,700 ($3,060), with half the amount suspended.

A spokesperson for the tribunal who reportedly spoke about the case on Wednesday, December 1 in the northern city of Linz said the court awarded €5,000 in damages plus interest to the widow of the patient, who died before the case came to court.

Meanwhile, the surgeon had claimed that there has been a flaw in the chain of control in the operating theatre. She has since moved to another clinic and can appeal against the judgement.

The management of the institution involved said in a statement that “the causes and circumstances of this medical error have been analysed in detail”, internal procedures discussed with the team and training provided.”

In another news, a woman identified as Cristal is currently trending on TikTok after she shared photos and videos of the horrifying injuries her boyfriend inflicted on her.

The video that has become a growing sensation, pictured the moment her “caring and attentive” boyfriend named Jordan turned into an abuser and inflicted horrific injuries on her, www.tracknews.ng reports.

Although Cristal didn’t disclose what led him to assault her, she just shared the captioning it; ‘My relationship gone sour’

When the ‘going was good’ in their relationship, Cristal spoke about how much he’s changed her life and how talented and smart he is.

However, on November 24, an altercation reportedly occurred and he beat her up, leaving her with a bleeding nose and swollen eye.

Related Topics:Doctor In Trouble After Amputating Wrong Leg Of Patient
Up Next