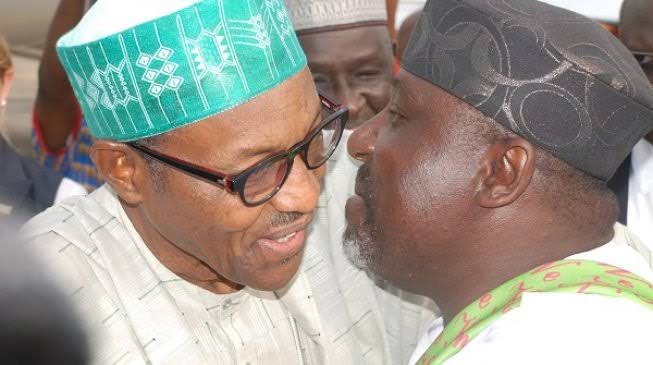 Okorocha also called on the IGP to investigate the actions allegedly being carried out by the governor against his family.
A former Governor of Imo State, Rochas Okorocha, on Sunday, warned the Inspector-General of Police, Usman Baba and the All Progressives Congress (APC) not to get involved in the alleged hatred his successor, Governor Hope Uzodinma has for him and his family.

Okorocha also called on the IGP to investigate the actions allegedly being carried out by the governor against his family.

He said this during a Channels Television interview while reacting to Sunday’s arrest of his son-in-law, Uche Nwosu by policemen at St Peter’s Anglican Church, Eziama Obieri in the Nkwerre Local Government Area of the state.

The former governor said, “I’m yet to see what kind of offence that could warrant desecration of church, and sporadic shooting.”

The senator representing Imo West also said, “I want to request for the first and last time that security agencies, Presidency look into what is happening in Imo State vis-a-vis Imo State government and members of my family.

“This family has gone through a lot of insult, humiliation and threats to life by the government of Imo State. But, I’m yet to understand what might have informed the kind of misinformation that must have led IG to give such directives. Because, the IG I know wouldn’t direct policemen to go to church, shoot and arrest innocent citizens.”

Okorocha further said, “Hope Uzodinma has been in the business of trying to get my family and I into the wicked act of hatred. And I’ve called the people concerned on the matter and I hate to make this public but I’m tempted to say it, that I don’t want the police to get involved.

“I don’t want APC led by President (Muhammadu) Buhari to get involved in a matter like this, that will tarnish the image of the Federal Government of Nigeria.”

Related Topics:Don't Tarnish Your Image —Okorocha Tells Buhari PresidencyPolice IG Not To Join Imo GovernorUzodinma In Alleged Tussle Against His Family
Up Next