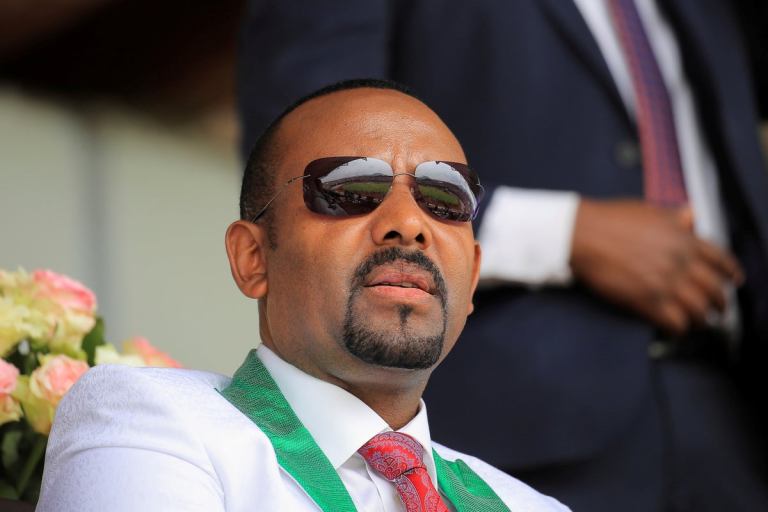 The premier’s office said that his actions did not negate the need for peace, just that his forces were pushing back against a group he labelled a terrorist.

A statement from the PM’s office said: “The Prime Minister’s decision to join the army in the battlefield does not mean a change of the government’s position for a peaceful solution to the conflict in principle. Rather, he is averting the conspiracy of terrorist organisations and their foreign allies,”

“His decision has boosted troop morale and emboldened the people of Ethiopia to resist and push back the threat of a terrorist organisation. Great strides have been made in forcing the TPLF to relinquish their occupation of key areas, particularly Kasagita, Chifra, Burqa.”

Speaking with the nation’s troops, Abiy Ahmed said his foes had been defeated and promised to recapture territory in the region of Amhara from rebellious Tigrayan forces after praising military victories against the Tigrayans in the region of Afar.

Footage from the front that aired on state-affiliated Fana Broadcasting on Tuesday showed Abiy wearing military jungle fatigues and cap and scanning the horizon with binoculars.

“The East Command secured an unimaginable victory in just one day of planning and a day and a half long fighting,” he said. “Now we will repeat that victory in this front.”

Fana said he was addressing troops on the frontlines of the Ethiopian conflict, near Gashena in the Amhara region.

“The enemy is defeated. Our remaining task is to rout the enemy and destroy them,” he told soldiers assembled under a clump of trees.

Abiy also claimed victory in Mezezo, Molale, Shoa Robit and Rasa, which were supposedly liberated from TPLF forces, although there was no independent confirmation of this claim by publication time.

This is the first time PM Abiy has given an update on the fight against TPLF since announcing that he would go to the frontline a week ago.

Related Topics:Declares ‘Victory’ Over TPLFEthiopia PM Abiy Defends Going to Frontline
Up Next