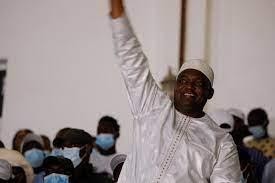 The claims and plea made by Gambia’s main opposition party against the current ruling party for tainting the election campaign with bribery and corruption are dismissed by the Supreme Court. The United Democratic Leader, Ousainou Darboe had been running a nationwide crusade to annul the election outcome on December 4th, 2021 that had incumbent Adama Barrow as the new leader.

Gambian High Court Chief Justice, Hassan B Jallow, rejected the UDP’s plea on the basis of it not complying with the Election Petition Rule 11 that requires the criticized to first file a motion of security and petition which the UDP failed.

Adama Barrow won the December 4 election with a 53% vote gap against Darboe, who only secured 28% votes. Upon dismissal of his petition, Darboe said that he considers his defeat in the elections as his personal loss considering his petition was dismissed on a technicality rather than on claim merit.