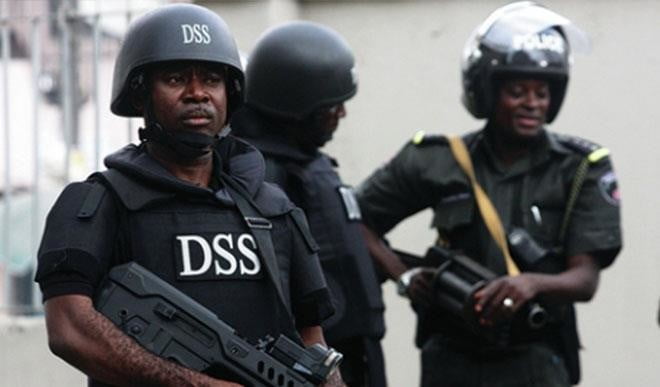 An operative of the Department of State Service (DSS) has been abducted by unknown gunmen during an attack in Abaji, Abaji Area Council of the Federal Capital Territory, Abuja.

www.tracknews.ng understands that the suspected kidnappers carried out the attack on Saturday, December 18, 2021.

The armed gunmen were said to have invaded the community in their numbers and attacked a DSS outpost in the area.

It was gathered that a vigilante member was so killed during the incident.

The gunmen successfully kidnapped a DSS operative during the exchange of fire between the secret police and the hoodlums.

The FCT police spokesperson, Josephine Adeh, told The PUNCH that she did not have information on the incident and referred inquiries to the DSS.

But the spokesman to the secret police, Peter Afunanya, had yet to respond to inquiries as of the time of filing this report.

Meanwhile, a container filled with arms and ammunition have been seized by officers of the Nigeria Customs Service attached to Tin Can Island Command.

www.tracknews.ng gathered that the container was intercepted on Friday during a routine check by some customs officers.

Speaking with reporters, spokesman of the Tin Can Customs, Uche Ejesieme, said the container was seized when the owner couldn’t give a satisfactory answer to the officers on duty.

Ejesieme said the owner claimed that the consignment contained electronics and other items.

He stated that the officers became suspicious of its content and upon close examination of the cartons discovered that they were filled with guns.

Ejesieme said that the service will conduct a thorough investigation into the matter with a view to unravelling the criminal gang behind arms importation.

Related Topics:Gunmen Kidnap DSS OperativeKill Vigilante In Abuja
Up Next

Why Gov. Wike Is a Chartered Ignoramus on Economy