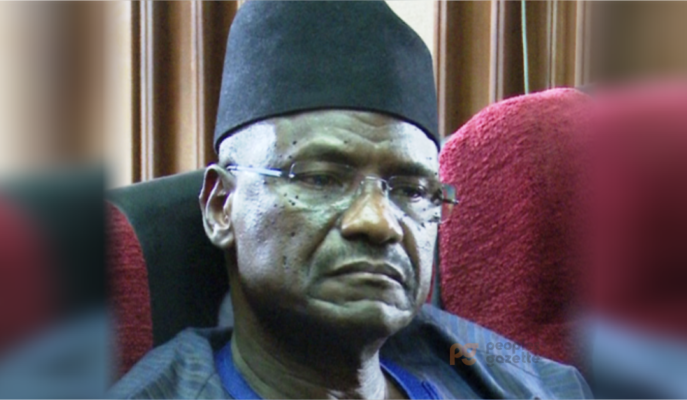 Mr Umar made his statement on Wednesday while fielding questions from the prosecution counsel, Sylvanus Tahir, at the Federal High Court, Abuja.

Former Chief of Air Staff Mohammed Dikko Umar has disclosed his travel allowance as the source of the N9.7 billion assets being investigated by the Economic and Financial Crimes Commission.

Mr Umar made his statement on Wednesday while fielding questions from the prosecution counsel, Sylvanus Tahir, at the Federal High Court, Abuja.

Mr Umar had been arraigned by the Economic and Financial Crimes Commission on charges bordering on money laundering, criminal breach of trust and corruption, to the tune of N9.7 billion.

Mr Umar was first arraigned in January 2017 on a seven-count charge of money laundering and procurement fraud to totalling N4.8 billion, before the presiding judge dismissed six out of the seven counts in a ruling on Mr Umar’s no-case submission in February.

The EFCC in the original seven-count charge had accused him of diverting over N4.8 billion from the Nigerian Air Force’s account ”within 24 months” and using the funds to buy personal property in choice areas.

The matter has been adjourned to March 1, 2022 by Justice Nnamdi Dimgba for the prosecution and defence counsel to adopt their final written addresses

Shiloh 2021: I Am Not Bothered By Issues In Nigeria – Bishop Oyedepo