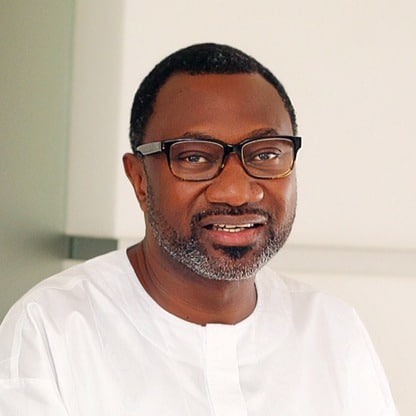 The Chairman of Geregu Energy Group and billionaire businessman, Mr Femi Otedola has debunked speculations that he his interested in holding any board position in FBN Holdings, First Bank or any of their subsidiaries.

Otedola was recently invited by the Save the Children to join the prestigious group of its Vice Presidents, in recognition of his philanthropic efforts to better the lives of children in Nigeria.

Save the Children is the second largest charity in the world after UNICEF and has Princess Anne as Patron since 2017 after serving as President since 1970.

In a brief chat with Mr Otedola was asked about his next steps after becoming the single largest shareholder of FBNHOLDINGS.

He said he did not acquire the bank’s shares because he wanted to be chairman of the bank.

“I am simply an investor who saw an opportunity in the financial institution and decided to take advantage of it through the investment I have made. My interest, contrary to speculations is not to become chairman of the bank or its Holdco. Moreover, I am in semi-retirement,” he explained.

According to him, the hallmark of any good investor is to see opportunities where others don’t, saying that he was convinced that FBN Holdings has a bright future, is strong, solid and would remain a dominant player in the Nigerian financial services sector in the foreseeable future.

Otedola praised the financial institution, saying “being the single largest shareholder doesn’t mean I must necessarily hold a position in the bank. I believe in allowing competent people run institutions in a professional manner and to the benefit of all the stakeholders.”

The billionaire recently acquired an additional 2.5 per cent in FBN Holdings Plc, thus, to become the single largest shareholder in the company with a total shareholding of 7.5 per cent. Market analyst speculate that Otedola must have pumped a whopping 45 billion Naira to attain this dominant position.

Related Topics:“I Have No Interest In Holding Any Board Position In FBN Holding First Bank” – Femi Otedola Opens Up
Up Next