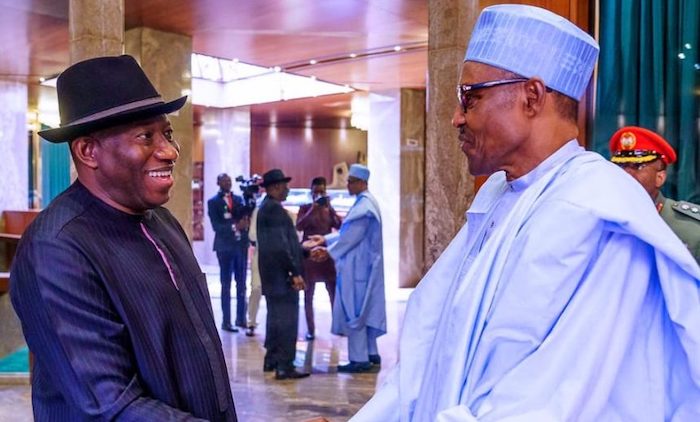 Jonathan who arrived at the Villa about 03:00 pm was received by the President into a closed-door meeting.

Although the details of the meeting remain undisclosed, it is likely connected to his work as Special Envoy of the Economic Community of West African States where he is leading mediation talks even as Mali remains under military rule following the August 2020 coup that ousted President Ibrahim Keita.

The forum, according to Mali’s transitional president, Colonel Assimi Goita, “will make an unflinching assessment of the state of the nation and draw the best lessons from it”.

Jonathan, who is also part of the West African Elders Forum, was in The Gambia three weeks ago to curtail election-related crises, as Gambians voted in the country’s December 4, 2021, presidential election.

Related Topics:JUST IN: Buhari Meets Jonathan In Aso Rock
Up Next

Insecurity: ‘Its Unfortunate To Have APC, Buhari Ruling Us’ – Says Northern Group