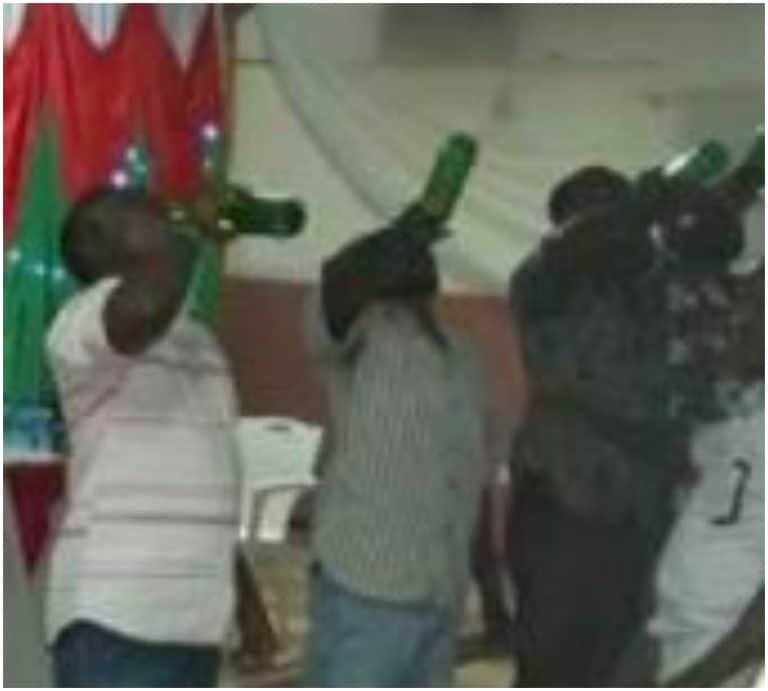 A Nigerian man has reportedly died during a drinking competition in Lagos.

According to a Twitter user named Joseph Barnabas, the man died after gulping four bottles of gin.

Joseph disclosed that a grand prize of 20 thousand naira was placed for anyone that could drink four bottles of gin.

The deceased was on his fourth bottle when he collapsed and died.

Narrating the sad incident, Barnabas wrote: ‘A drinking competition was held in my area yesterday, 4 bottles of gin and get 20k, the guy on his 4th one died on the spot.’

Meanwhile, a corpse of the herder whose name is revealed as Yau Ibrahim was discovered in the bush on Christmas Day by a group of police personnel deployed to the village by the police command, www.tracknews.ng understands.

Ibrahim is said to have gone out on the day to graze his cattle when he was killed by yet to be known assailants.

Having learnt of the situation, Fulani leaders in the area reportedly related the occurrence to the state police command.

www.tracknews.ng learnt that the herdsmen had planned a reprisal on workers of ABC farm in Pampo village but the attack was averted by the police mobilised to the farm.

Related Topics:Man Dies During Drinking Competition On Christmas Holidays
Up Next

Police never invited me before my arrest in Church, says Nwosu

APC Reacts To Nwosu’s Arrest, Says Nobody Is Above the Law