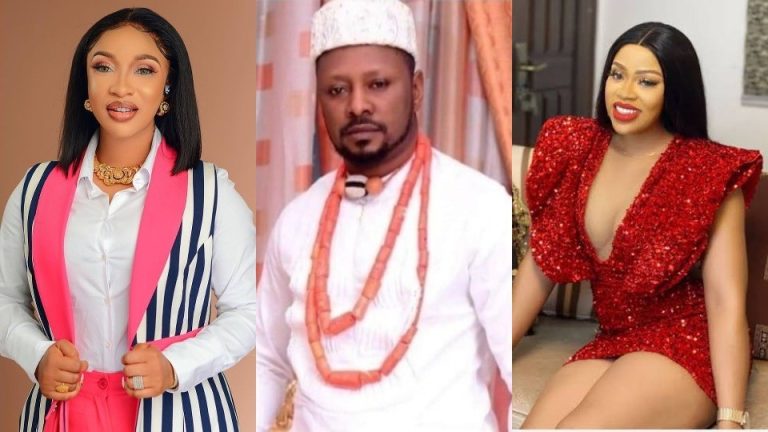 Merit Gold who was reportedly involved in the leaked audio with Prince Kpokpogri where he allegedly relished his sexcapades while dating Tonto Dikeh has cursed the day he met the businessman.

The Nigerian actress in a post on her Instagram story disclosed that Kpokpogri at a point had sent her out on an undisclosed mission.

She described the Delta-based man as an “ashawo man” and an “ungrateful human being”.

Merit Gold also threatened to release a video to expose Tonto Dikeh’s ex-lover, adding that he has been begging her not to release the video through another account.

See the screenshots below: 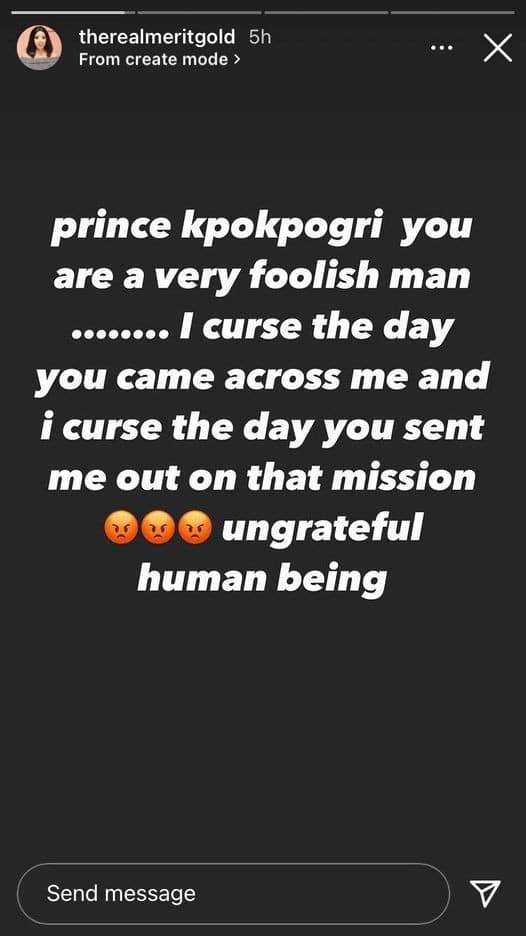 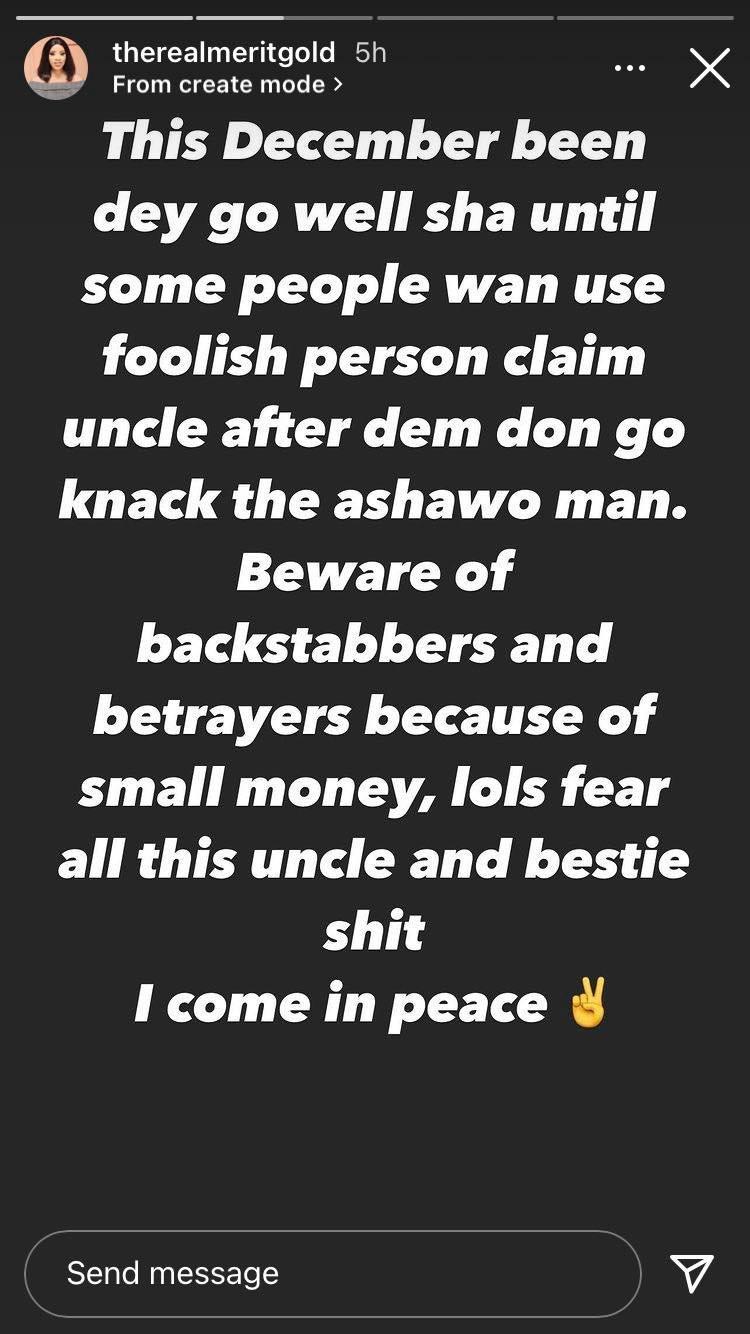 SHOCKER!! Bobrisky Sleeps With Yahoo Boys, Blackmails Them To Get Paid – Tonto Dikeh