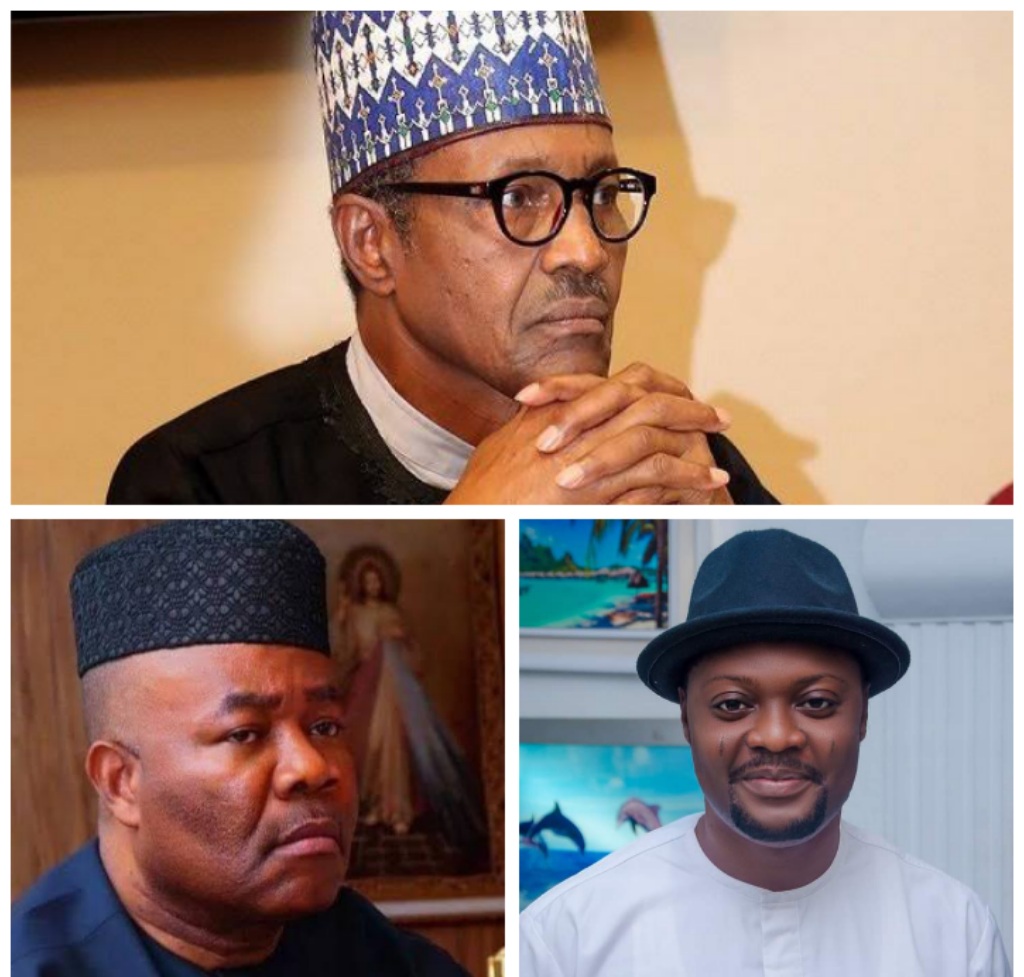 Akpabio and his Abuja cohorts are like heartless pirates in power on looting spree, butchering and destroying anything on their part for immediate selfish gains therefore people should not be deceived by any new policy for NDDC been fraudulently propagated without the NDDC board by Akpabio. We all know that this new policy propagated by him is fraudulent, another ploy to delay and protect the illegality with his brother Akwa as the sole financial authority, period and nothing more.
As usual, Akpabio is deliberately channeling his energy on another wrong direction as concerns NDDC, he is only a supervisory minister and that do not mean he alone oversees the commission. For heaven sake, major stakeholders like the governors, traditional rulers and well meaning leaders and people of the Niger Delta are supposed to be part of any major policy change in the NDDC but today Akpabio has sidelined them.

Before the creation of the NDDC, The then President Obasanjo personally left his comfort zone in Abuja and travelled round the entire Niger Delta, held meetings with various ethnic groups, traditional rulers, youth leaders and invited all stakeholders to finalized at the River State Government House in PH for the fact that he meant well for the creation and success of the NDDC and not this fraudulent and shameless characters that are speaking from both sides of their mouth.
In previous administrations, when you hear that there is no money in NDDC, at least the commission accounts have 15-20 Billion Naira in their coffers and even enough foreign currency in their reserves but since Akpabio took over the commission, the NDDC accounts both local and foreign are all bleeding profusely non-stop. It was revealed to us that the NDDC staffs witnessing the looting spree on daily bases at some point agreed to wear mourning black and black clothings to work in protest and even eventually embarked on a strike to get their entitlements because empty accounts became the norm in the commission.

Presently as we speak, no matter the volume of amount that comes to the commission, be it in hundreds of billions in naira or dollars, it doesn’t last a maximum of 3 days in the NDDC accounts before it will be blown up by Akpabio and his Abuja cohorts. What is Akpabio really doing with the money that comes to NDDC?
Contractors are not paid, all contractors have pulled out of site so what is happening?

The commission has been largely engaged with internal matters and has been redundant since Akpabio took over and one will be expecting that so much saving would have been made but empty treasury is what is seen. Provokingly, Akpabio and his cohorts in Abuja seems to be succeeding but the gap the current redundancy of NDDC and lack of trust for the presidency by key stakeholders of the region is creating a big gap between the multi-National oil producing companies and their host communities is alarming. It will be very difficult for authorities in Abuja to understand and link Akpabio’s mismanagement of NDDC and the Niger delta region to some ugly developments affecting the companies in the oil rich Niger delta. Some key stakeholders that has been involved selflessly and silently piloting the affairs of peace in the region are almost giving up gradually on their peaceful roles mainly because of lack of sincerity from the Presidency. No well meaning Niger-Deltan, group, both traditional and government authority that has not made an input by advising the presidency to ignore Akpabio and do the right thing but all felt to deft ears because of personal interest.

The multi National companies are now suffering silently; they have been exposed to confrontation by the host communities. Nigeria as a major oil producing nation cannot meet up their OPEC production quota just because some selfish individuals want to embezzle funds meant to sustain peace and Economic development for a sensitive region like the Niger Delta. Convincingly, the Niger Delta region still harbours more than enough resources but almost all the major multi-national companies had stopped investing, threatening to pull out as they are already selling off their assets while some are even leaving Nigeria and going to a war torn country’s like Libra to invest.

What does that portray to Nigerian government?
It is not only by physically disrupting activities of oil producing company that frustrates the companies, once the enabling environment is not conducive they find it difficult to operate but sadly, the same government that is charged with this primary responsibility to provide peace, stability and enabling environment for the multi nationals is conniving with Akpabio to fuel up tension in the Niger-Delta Region. It is not only all about sending security forces to forcefully maintain and create peace and stability, but also create that enabling environment for companies to operate.

The Presidency should not take the role of stakeholders, mostly the various ethnic nationality representatives silently maintaining peace in the Niger Delta region are taken for granted. We the people of the Niger Delta won’t be affected because we don’t have anything to loss even if the oil companies production is dwindling, they are more of bad to good for us as a people, some stakeholders in their capacity are still playing their role for peace just for patriotism to the nation.
Therefore it is in the best interest of the government of day led by Mr. Muhammadu Buhari to Ignore Akpabio with his endless fraudulent tactics and abides by the bidding of the people for peace, development and progress of the region.