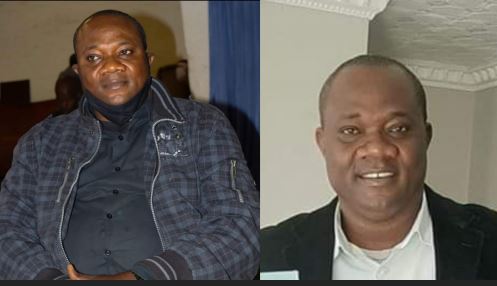 He was the husband of Doris Ikeri-Solarin, who was recently elected as the Vice President of the Nigerian Union South Africa (NUSA).

The family of Olusola Solarin, a Nigerian shot to death by suspected armed robbers in Pretoria, South Africa, has announced the burial plans for the deceased.

Next Thursday, according to the source, is the lying-in-state of the deceased in South Africa.

“29th and 30th of December are the Wake-keep and burial. 23rd December is the lying-in-state and Service of Songs here in South Africa. The family has agreed to bury him in Nigeria on 30th December 2021 but the services of songs will take place on December 29, both in Sagamu, Ogun State,” he stated.

www.tracknews.ng had earlier reported that the deceased was shot dead by unidentified gunmen.

He was the husband of Doris Ikeri-Solarin, who was recently elected as the Vice President of the Nigerian Union South Africa (NUSA).

He was said to have been attacked in his shop on Sunday.

“Sola, who was ambushed in his shop, did not struggle with the armed robbers. But after robbing him, they asked him to follow them and shot him dead,” a source had told SaharaReporters.

“Sola was the husband of Doris Ikeri-Solarin, who was recently elected as the VP of the Nigerian Union South Africa. He died on the spot. The police haven’t made any arrest.”

His wife, Ikeri-Solarin is also the Director, DIDA Clothiers, according to her profile on LinkedIn.

Adetola Olubajo, the immediate former President of the Nigerian Union in South Africa, told SaharaReporters that the incident happened around 5pm on Sunday.

“I was the first person to get there because I took his wife there. We were at his place when we were called that some robbers had attacked his shop. The area is called Highway Park; it is not far from a notorious area called Tembisa.

“The thugs entered the shop, took money, mobile phones and so on and took him a few metres away from the shop. Then they shot him several times. That is the eyewitness account we got.

“We met with the police IO (Investigating Officer) but he said he was only assigned to the case yesterday and that his investigation would commence today. That is what we have so far.”

Henry was stabbed to death by unknown robbers in the southern African country.

Related Topics:Nigerian Businessman Killed By Robbers In South Africa Set To Be Buried In Ogun State
Up Next