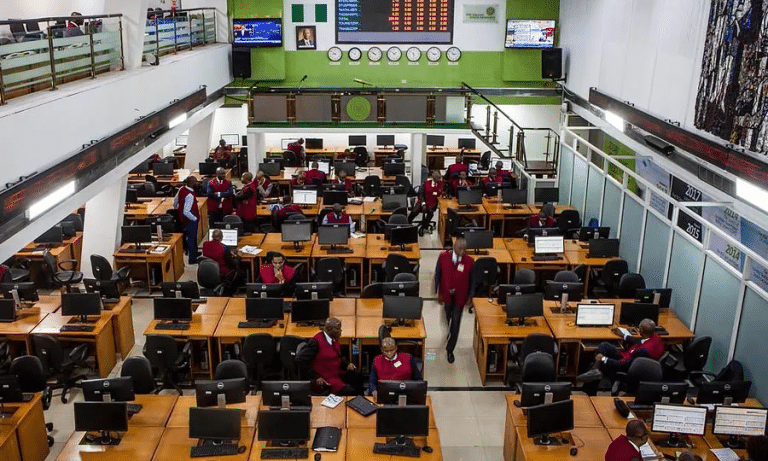 Following the resumption of trading on Wednesday at the Nigerian Stock market, stocks and shares weakened by 1.08 percent or N237.9 billion at the close of business.

www.tracknews.ng reports that trading resumed for the first trading day since the market closed for the Christmas holidays as declared by the Federal Government.

The trade loss was said to be a result of a few buyers willing to purchase stocks of BUA Cement, MTN Nigeria Communications (MTNN), PZ Cussons, May & Baker and Ecobank Transnational Incorporated.

Also, month-to-date loss increased to 3.3 percent, while the year-to-date gain moderated to 3.8 per cent and market breadth was slightly positive with 18 gainers relative to 16 losers.

NEM led the gainers’ chart by 100 per cent to close at N4.84 after the completion of its share reconstruction exercise. Union Bank added 9.91 per cent to end trade at N6.10.

Related Topics:Nigerian Stocks Lose N238bn After Christmas Holidays
Up Next