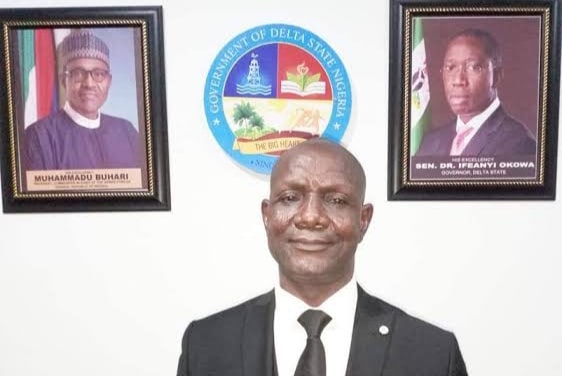 Governor Ifeanyi Okowa of Delta State has sacked his executive assistant on Communications, Fred Latimore Oghenesivbe, over his refusal to obey orders.

In a letter signed on Thursday by the Secretary to the State Government, Chief Patrick Ukah, the governor said the sack is with immediate effect.

According to the governor, Oghenesivbe was sacked over his abysmal performance in office as well as his recklessness and insubordination.

The governor asked the aide to hand over all government properties in his possession to the Permanent Secretary, Directorate of Government House and Protocol.

The letter reads: “I write to convey to you the displeasure of His Excellency, the Governor of Delta State, over your conduct with respect to the performance of your duties wherein there has been manifest recklessness and insubordination.

“As this trend can no longer be tolerated, I regret to inform you that your service as Executive Assistant, Communications, is no more required and your appointment is hereby terminated.

“Accordingly, I am to request that you take necessary steps to hand over all government properties in your possession to the Permanent Secretary, Directorate of Government House and Protocol forthwith”. 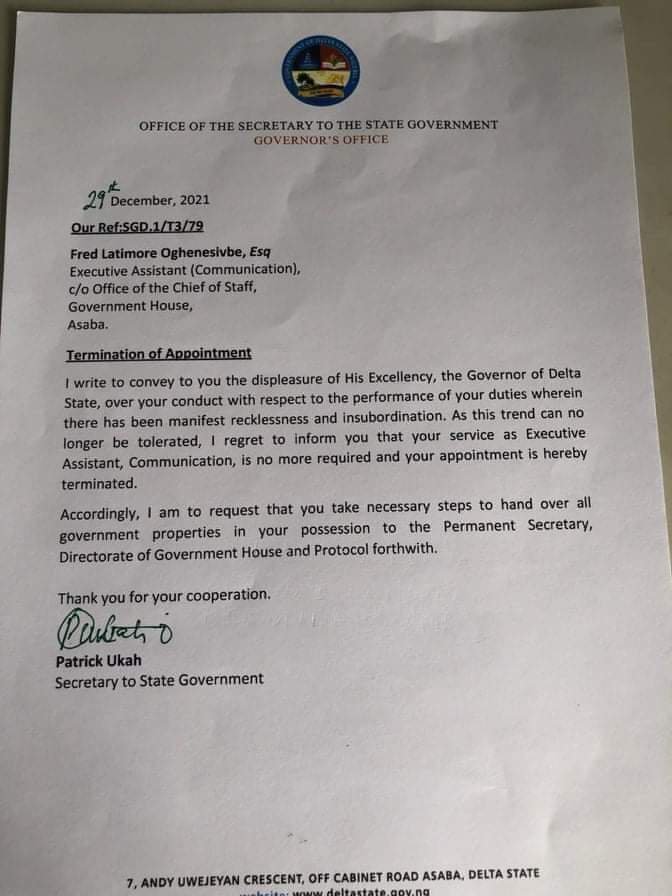