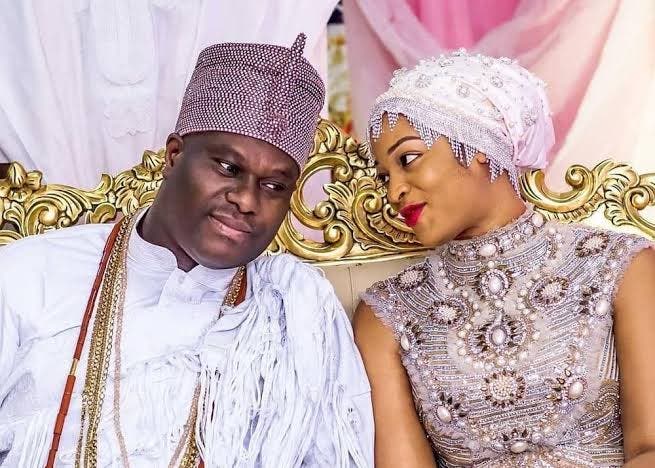 Olori Naomi Silekunola, an Akure-based prophetess and wife of Oba Adeyeye Ogunwusi, the Ooni of Ife, has reportedly returned to the palace.

This comes only days after the monarch’s wife announced the breakup of her three-year marriage to the imperial majesty on Instagram.

Gistlovers, an Instagram blogger, revealed queen Naomi’s return to the palace, claiming the prophetess changed her mind after meeting with certain royal elders of the palace and Akure.

“Queen Silekunola Ogunwusi returns to the palace after plenty pleas from the palace and elders from Akure and Ife met, Side piece in the mud ooooo Olori Farampon won’t like this ooo” 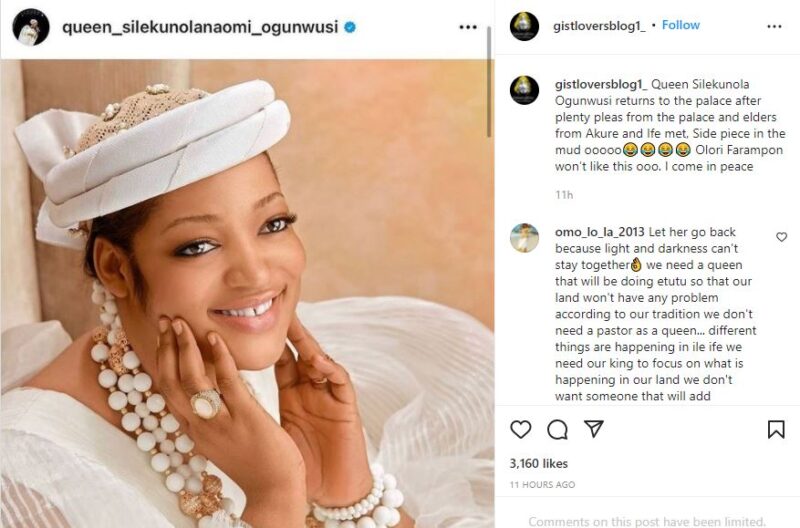