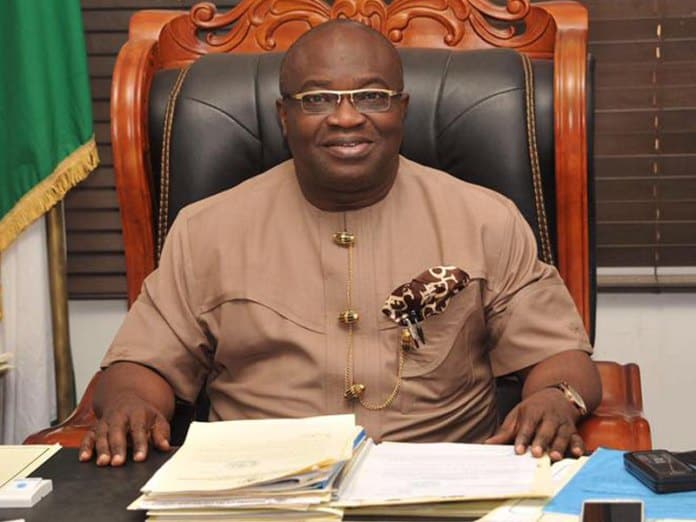 .The Peoples Democratic Party (PDP) has described the reports from certain quarters that Abia State Governor, Okezie Ikpeazu is planning to decamp to the All Progressives Congress (APC) as “rumour of the season.”

The position of the PDP was made known on Thursday by the party’s National Publicity Secretary, Mr. Debo Ologunagba.

www.tracknews.ng recalls the rumours of a planned defection by Governor Ikpeazu gathered traction again on Thursday after his visit to President Muhammadu Buhari at the Aso Rock Villa in Abuja.

However, when contacted, the PDP spokesperson shut down the speculations of a possible defection, saying PDP is a very stable party and the Governor has no reason to defect.

“This is a season of rumours and untruths. So, we at the PDP consider the purported defection plan as one of the rumours being circulated by those who enjoy doing so.

“Nigerians know that the PDP is very stable as I speak. So, none of our governors would contemplate defection to the other party…

“Please, take Governor Ikpeazu’s purported defection plan for what it is: one of the rumours of the season,” he told The Nation on phone.

Meanwhile, it will be recalled as earlier reported by www.tracknews.ng that the Abia State government has also debunked reports that Governor Okezie Ikpeazu’s visit to President Muhammadu Buhari is part of a grand plan for his defection.

The Abia government in a statement released on Thursday night by the governor’s Chief Press Secretary, Mr. Onyebuchi Ememanka explained that Ikpeazu’s visit has no relation to any planned defection to the All Progressives Congress (APC).

The statement also clarified that Ikpeazu is not planning a defection from the Peoples Democratic Party (PDP) to the ruling party.

According to Ememanka, the Governor was in Abuja to visit the President and discuss plans to further develop Abia State and not for political reasons.

Related Topics:PDP Reacts To Alleged Plans By Ikpeazu To Defect To APC
Up Next

Ortom To Nigerians: There’s Still Hope If You Choose PDP In 2023