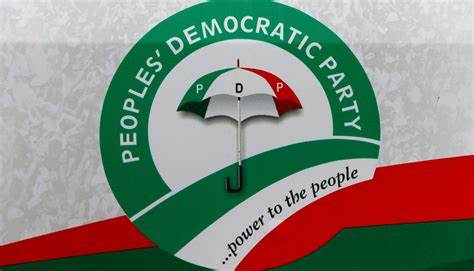 The National Leadership of the Peoples Democratic Party (PDP) has reiterated the need for members of the party to be united ahead of the 2022 governorship elections in Ekiti State.

This is as the party leadership vowed that no aspirant will be imposed as the party candidate for the 2022 governorship polls in the state.

It submitted that the ‘Ekiti Formula’ will be used to resolve all the perceived crises among aspirants and members in Ekiti State ahead of the polls so the PDP can go united into the election.

The PDP National Publicity Secretary, Debo Ologunagba revealed this position at the end of a two-day reconciliation meeting between stakeholders facilitated by the National Working Committee ahead of the 2022 Ekiti election.

www.tracknews.ng understands the meeting started on Monday and finished on Tuesday.

Ologunagba disclosed that 17 aspirants and other stakeholders attended the reconciliation meeting and there are positive signs that things are getting better.

The PDP spokesperson added that consultations will continue and all grey areas will be ironed out, noting that some of the aspirants have already agreed to pull out of the governorship race.

Ologunagba said, “We are not imposing any position. Ekiti people will decide what they want to do and we will only be a moderator and to help them in achieving the goal of uniting the party.

“The process started well, it is good, we are happy with the outcome so far and with every reason that before the end of the year, we will have a good report to give to Nigerians and then you can raise the hope of Nigerians for what PDP is doing concerning itself and all the differences are coming in the same area.”

He added that, “Today the PDP special committee set up for Ekiti reconciliation met with all critical stakeholders for Ekiti Primary election. I would like to inform you that it was a good outing, everyone spoke their mind. And we are able to come out with an understanding that there is a need for us as a party to be united in Ekiti for the interest of the party and particularly for the interest of Nigerians because you know Nigerians look forward to PDP to create hope for them in the next election cycle and for that reason, we have resolved as a party to apply the Ekiti Principle or what we call Ekiti Formula in the resolution of all the crisis for all perceived in. Ekiti.

“All stakeholders agreed to work together in the process. We have agreed that the parties that are involved in it should get back to Ekiti and apply an Ekiti Formula for the resolution of the issues. Meaning they will go back to meet privately to discuss all issues that are raised at the meeting and then report back to the National Working Committee before the end of the year.

“Basically, that’s all for the meeting of today but by the end, it was a very cordial meeting. You could see people were laughing and having banters and in all the areas of crisis and resolutions are coming closer and expect that at the end of their meetings which will be reporting back before the end of the year, that we will have a good story to tell in Ekiti and will purely be resolved by Ekiti Formula.”

Related Topics:PDP To Deploy ‘Ekiti Formula’ For 2022 Governorship Election
Up Next