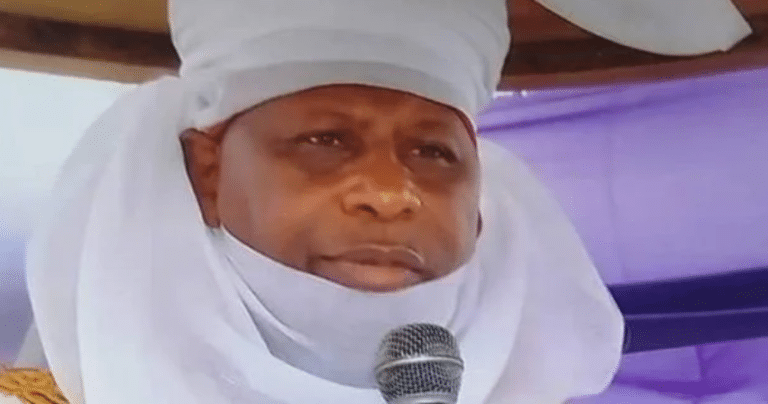 www.tracknews.ng reports that HRH Dakat was abducted by unknown gunmen during an invasion of his palace last Sunday around 1am.

Following the monarch’s kidnap, the gunmen contacted his family members and demanded the sum of N50 million ransom for his release.

Confirming the release of the traditional ruler, a family source told The PUNCH in Jos that Dakat was freed in the early hours of Friday and is in good, health.

He said, “God has answered our prayers. His Royal Highness, Da Charles Mato Dakat, has been released. He is in good condition of health.”

The source, however, failed to confirm if a ransom was paid to the kidnappers to secure Dakat’s release.

“All I can tell you is that life is more than money. Thank you all for your prayers, encouragement and support. To God be the glory, great things He has done and will continue to do,” he added.

Meanwhile, eight suspects have been apprehended by Troops of Operation Safe Haven over the abduction of the traditional ruler.

A statement on Friday issued by the spokesman of Operation Safe Haven said the suspects are being interrogated by the military authorities.

The statement reads: “While the Paramount ruler of Gindiri in Mangu Local Government Area of Plateau State, Chief Charles Mato, has been with his abductors, the commander Operation SAFE HAVEN, Major General Ibrahim Ali, placed the troops deployed at Gyanbus on red alert and the hot trail of the perpetrators.

“Consequently, Eight suspects were arrested in connection with the kidnap incidence and are being interrogated. Following this development, the paramount ruler, early this morning of Friday 31 December 2021, was released by his abductors.

“Operations SAFE HAVEN is still very much on the ground to ensure all those involved in the kidnap of the traditional ruler are arrested and made to face the full wrath of the law.”