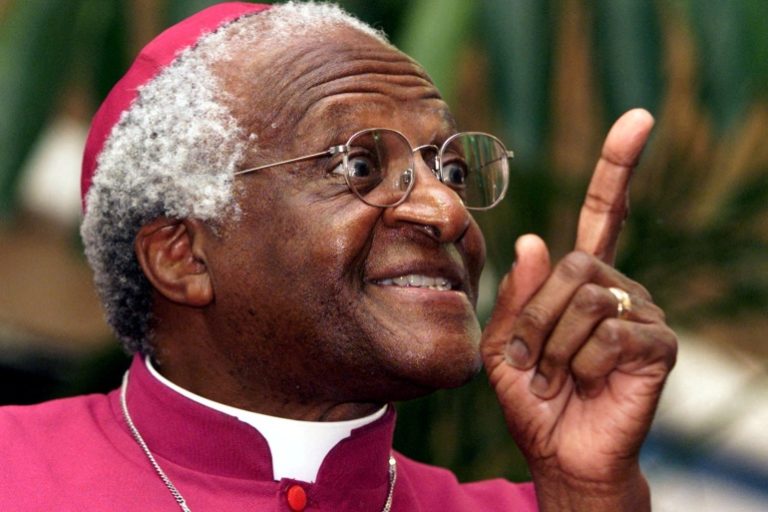 “Neither Casspirs, teargas, nor security agents could intimidate him or deter him from his steadfast belief in our liberation,” the president further noted.

South Africa President Cyril Ramaphosa says the passing of Desmond Tutu marked another chapter of grief of the nation’s farewell to a generation of outstanding South Africans.

Ramaphosa stated this on Sunday in a statement by Mondli Gungubele, a presidential official.

Mr Tutu, the last surviving South African anti-apartheid activist and Nobel Peace laureate, passed away in Cape Town on Sunday at the age of 90.

“The passing of Archbishop Tutu is another chapter of bereavement in our nation’s farewell to a generation of outstanding South Africans, who have bequeathed us a liberated South Africa,” said Mr Ramaphosa. “Desmond Tutu was a patriot without equal; a leader of principle and pragmatism, who gave meaning to the biblical insight that faith without works is dead.”

The South African president described Mr Tutu as a man of extraordinary intellect, integrity and invincibility against the forces of apartheid.

“He was also tender and vulnerable in his compassion for those who had suffered oppression, injustice and violence under apartheid, oppressed and downtrodden people around the world,” the South African president added. “As chairperson of the Truth and Reconciliation Commission, he articulated the universal outrage at the ravages of apartheid, touchingly and profoundly demonstrated the depth of meaning of Ubuntu, reconciliation and forgiveness.”

Mr Ramaphosa noted that Tutu distinguished himself as a non-sectarian, inclusive champion of universal human rights.

“The brutality of the apartheid security forces and the intransigence of successive apartheid regimes. Neither Casspirs, teargas, nor security agents could intimidate him or deter him from his steadfast belief in our liberation,” the president further noted. “He remained true to his convictions during our democratic dispensation and maintained his vigour and vigilance. Even, as he held leadership and the burgeoning institutions of our democracy to account in his inimitable, inescapable and always fortifying way.”

Mr Ramaphosa also expressed condolences to the archbishop’s wife, Mam Leah Tutu, saying that she played a key role in the success recorded in his lifetime.

He further expressed heartfelt condolences to Leah Tutu, the Tutu family, the board and staff of the Desmond and Leah Tutu Legacy Foundation, the Elders and the Nobel Laureate Group

Related Topics:President Ramaphosa pays tribute to Desmond Tutu
Up Next