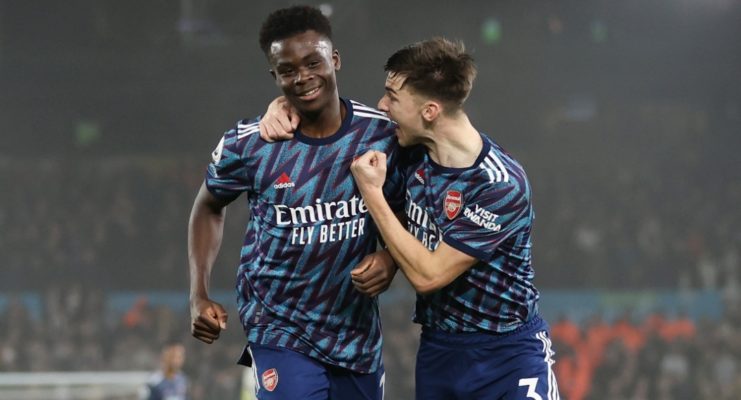 The Gunners grabbed all three points, defeating Leeds 4-1 at Elland Road to stay 4th on the EPL log.

Bukayo Saka was on fire on Saturday as Arsenal defeated Leeds United in the English Premier League.

The Gunners grabbed all three points, defeating Leeds 4-1 at Elland Road to stay 4th on the EPL log.

Martinelli doubled Arsenal’s lead 13 minutes later, while Saka made it three for the Gunners just before the half time break, scoring in the 42nd minute.

Raphinha gave Leeds a consolation goal in the 75th minute, scoring from the penalty spot after Joe Gelhardt was taken down inside the box.

But Smith Rowe sealed Arsenal’s victory, scoring in the 84th minute, courtesy of a superb pass from Martin Odegaard.

Saturday’s win placed Arsenal in fourth position on the EPL log with 32 points.

However, the Gunners could drop from fourth position should West Ham and Manchester United win their pending games.

Related Topics:Saka shines as Arsenal beat Leeds to stay fourth on EPL log
Up Next

AFCON 2021: Why I am not sleeping well – Super Eagles interim coach, Eguavoen