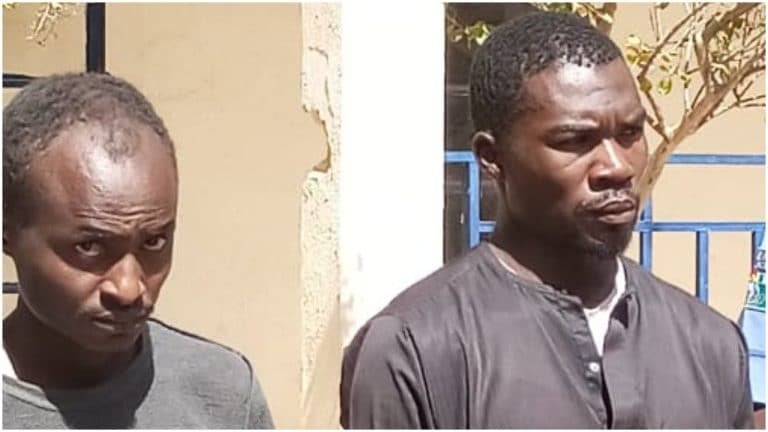 Some kidnappers have been apprehended by the police while awaiting ransom payment in Katsina.

32-year-old, Saifullahi Usman, in an attempt to kidnap one Shafi’u Mohammed of Kililin Quarters in Malumfashi told him to pay a ransom of N50,000.

The suspect demanded the ransom via phone and insisted that if the money was not delivered the victim or a member of his family would be kidnapped.

The state police spokesperson, SP Isah said that the victim notified the police of the incident

He said: “Luck ran out of the suspect when he called the phone number of the victim, hiding his phone number to take the ransom to a location.

”Shafiu notified the police of the development and a team of police detectives were dispatched to the given location where the suspect was eventually apprehended while going to pick up the ransom money.”

The suspects have confessed to the crime.

In other news, a Nigerian lady has been left heart broken after her relationship of five years crashed a week to her marriage introduction.

The implication is that numerous plans would have been in place, with friends been involved in the plan and family members agreeing on the date of the introduction.

However, things didn’t end as expected by the unidentified lady who was expectant of moving to the next level of relationship with her lover. Read more

Related Topics:Suspected Kidnappers Apprehended While Awaiting Ransom
Up Next

Man nabbed with bundles of marijuana strapped around his body