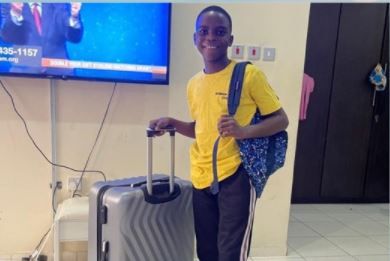 Perri who made the claim while remembering his cousin’s death one month after, also stated that while the house masters of the school are still locked up, the “killers” have been freed on bail.

Perri also praised senior lawyer, Femi Falana, adding that if not for him, the case would have been closed like many other cases. He also said that they need clarity on the court date from authorities.

Report of Sylvester Oromoni’s death after allegedly being bullied by his seniors in the Lagos school, led to an outcry including high profile reactions weeks ago, as many demanded for justice. 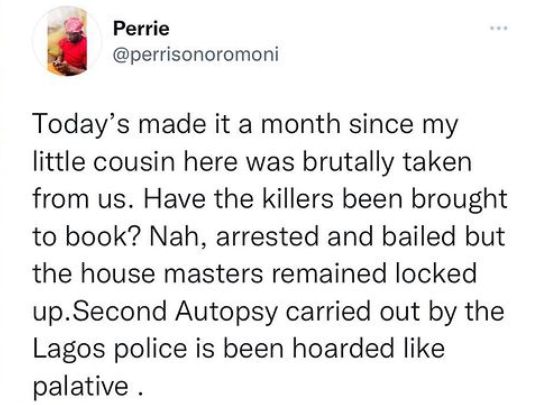 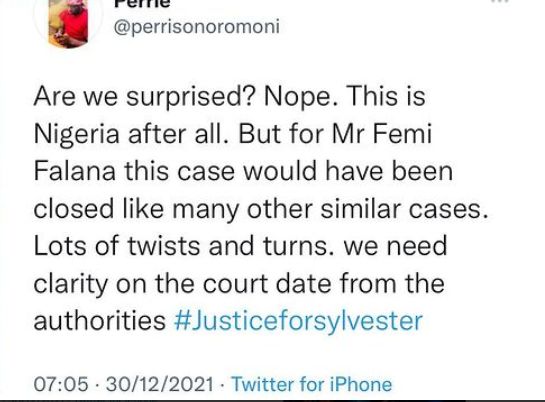 Why Doctors Should Not Go On Strike – Ngige