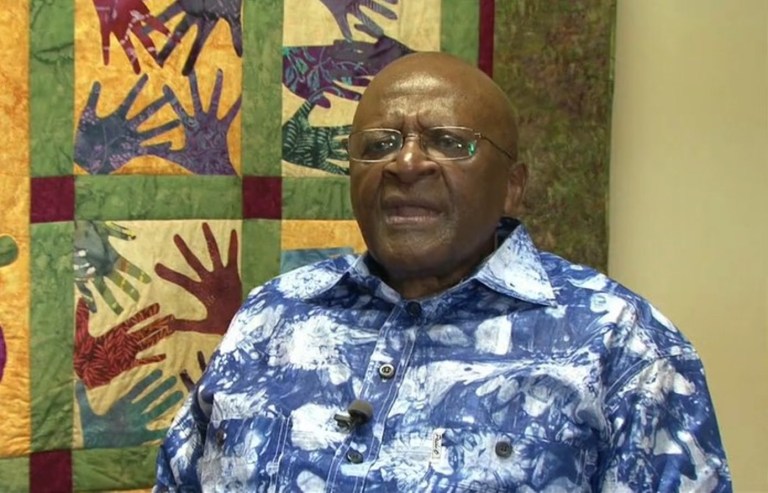 Tribute has continued to pour in while mourning the passing of Archbishop Emeritus Desmond Tutu who died on Sunday morning at his home in Cape Town at age 90. U.S. President Joe Biden and wife Jill Biden expressed their condolences over the death of South African anti-apartheid campaigner, saying his legacy would “echo throughout the ages.”

“On behalf of the people of the US, we send our deepest condolences to the people of South Africa who are mourning the loss of one of their most important founding fathers,” the statement said.

The Queen also sent a message of condolence which was shared on the official Instagram handle of the Royal family on the passing of Archbishop Desmond Tutu. Queen Elizabeth II said she was “deeply saddened” by the death of Desmond Tutu, calling him a “man who tirelessly championed human rights in South Africa and across the world.”

The 95-year-old Queen said in a statement, “I remember with fondness my meetings with him and his great warmth and humour.”

A contemporary of Nelson Mandela, Tutu was one of the driving forces behind the anti-apartheid movement in South Africa.

According to Barack Obama, Archbishop Tutu was grounded in the struggle for liberation and justice in his own country, but also concerned with injustice everywhere.

“He never lost his impish sense of humour and willingness to find humanity in his adversaries, and Michelle and I will miss him dearly,’’ he said.

He called Archbishop Desmond Tutu, the Nobel Peace prize laureate who helped end apartheid in South Africa, leaving behind indelible footprints in the sands of time.”

President Cyril Ramaphosa also hailed the late Archbishop Desmond Tutu as a symbol that embodied the essence of humanity and a staunch advocate for social justice. Ramaphosa addressed the nation from the Union Buildings in Pretoria.

The President also announced that the late Anglican Archbishop will be laid to rest on Saturday and that country’s flags will be flown at half-mast from the time when the funeral Tutu is declared.

Among the many groups paying tribute to Archbishop Desmond Tutu, is the the South African Democratic Teachers Union.

SADTU general-secretary Mugwena Maluleke stated that in this moment when tribute is paid to the Arch, the message is of peace and love to the family and a message of condolences.

“We have learned a lot as the Arch was also a teacher before he resigned in protest of the Bantu Education Act and what he has taught us is what we should be carrying forward: Loving children, loving our people, and loving peace.”