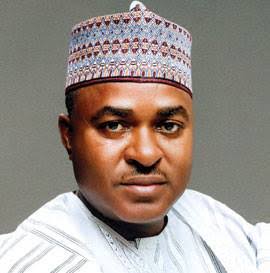 With the All Progressives Congress (APC) national convention to elect its party leaders around the corner, the race to its chairmanship seat (APC) has begun in earnest. And many party men have not only indicated interests for it, but have also been campaigning for the exalted party position.

Thus, with the party’s convention scheduled for February next year, hire wire politicking has taken its toll with former governors Mallam Isa Yuguda, Sen. Danjuma Goje, Sen. Tanko Almakura, Sen. Gabriel Suswam and Sen. Ali Modu Sherrif as prominent contenders. With this political heavyweights on the track lines, it is easily seen that the party will go through storms to not only get the best amongst them but also ensure that unity, peace and prosperity remain the party’s main features as the 2023 general elections inch nearer.

The APC will ab initio have to deal with the issue of zoning, a gentleman agreement of sort, which dictates rotation of power between regions of the country. Though unconstitutional, it has become the rule rather than the exception, especially for ruling political parties. In the APC, the Muhammadu Buhari 2015 and 2019 presidential contests enjoyed tremendous support from the southwest.

The expectation therefore is that the gesture will be returned especially with Bola Tinubu still interested in the presidency. Meanwhile, in doing this, the party must take into consideration the political weather of the country as well as the permutations of the main opposition PDP.

When the matter of the presidential zoning is resolved, the zoning of the seat of the national chairman can be addressed. This is especially so given that the president and the party chairman cannot come from the same region. Thus, should the APC zone its chairmanship seat to the north for instance, it will in effect be zoning the presidency to the south. And this is what is likely to happen given that the aspirants to the APC chairmanship seat are either from the northeast or the north central.

This is to say that barring any last minute realignment, the APC presidential ticket will go to the south while its chairmanship position will be up for grabs in the north.

And if this happens, the needful must be done to ensure that the party not only continues to float but also does so with greater efficiency. This is to say that the new national chairman must emerge through credible process as well as from a political permutation that is aimed at further harnessing the party’s potentials. Therefore, the new chairman has to emerge based on their credentials, proven record of excellence and the potential to accomplish set targets. The APC as a political party has as its main target to win all elections in 2023. This entails maintaining its dominance where it rules and capturing or recapturing where it does not.
Mallam Isa Yuguda is capable of achieving all this. For instance, as one of the most popular politicians in Bauchi state, his success at the convention will simply translate into recapturing of the pearl of tourism. He can also lead the party to gain or regain other states that are not under the control of the APC. More so, as a dynamic politician whose knowledge of party politics knows no bounds, Yuguda is well armed with the needed technics to ensure the stability of the ruling party thereby effectively managing its affairs towards permanent victory at the 2023 polls.
Related Topics:Why Isa Yuguda deserves the APC chairmanship seat
Up Next